Justin Bieber has been celebrating the release of his new album Purpose by appearing on every show you can think of, giving free concerts and participating in fun activities for the public. Last week, Ellen DeGeneres declared it Bieber Week. Bieber appeared on her show every day for the week and ended his stint on Ellen with a huge free concert for fans. Last night, Bieber was on the Tonight Show With Jimmy Fallon to perform as well, which means he must be exhausted this morning as he takes the outdoor stage for his Today Show concert. Check out the lineup of songs for the concert below:

On the Today Show, Bieber spoke with Matt Lauer and revealed that he knew someone who lost their life in the Paris attacks. He said he’s been working with them for 4 or 5 years and that it was hard to hear the news. He then talked about his new album Purpose, the struggles he’s had growing up in the media and his tour.

We’ll be posting Bieber’s performances from throughout the morning right here, plus the best photos and Twit pics we can find, so tune in.

Before Bieber’s performances today, he revealed that he has some special guests lined up, one of whom is Big Sean. Halsey is also one of his guests. Check out the Twit pics and posts below.

Soundcheck party. Tune in to the @todayshow to watch @justinbieber put in work this morning. pic.twitter.com/x7L20ZU9ki

You can also check out Bieber’ giving his fans some TLC before his live performances in the below GIF.

And, to check out even more info from Bieber’s Today Show appearance, use the hashtag #BieberTODAY on your social media. 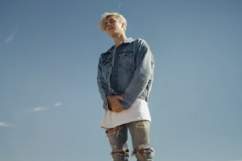 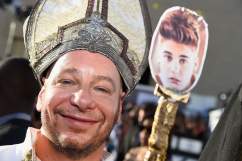