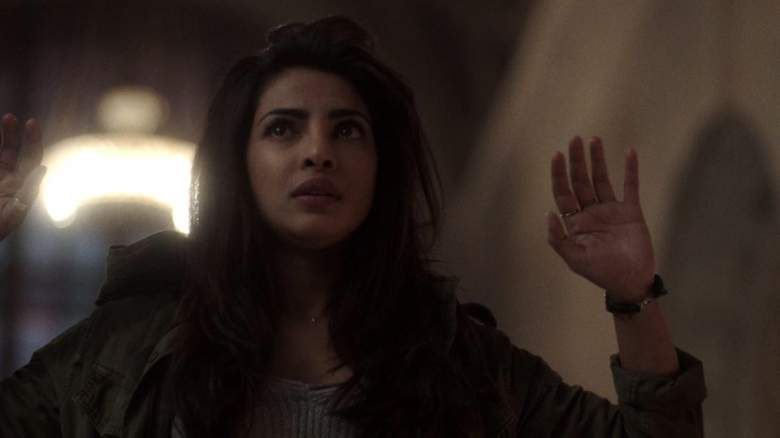 It’s only going to get harder for Alex – in both timelines – on Sunday’s new episode of Quantico. (Facebook)

Alright everyone, don’t worry, Quantico is back.

After taking a week off while ABC broadcast the 2015 American Music Awards, the first-year drama is back on TV this Sunday and things are just starting to get intense. You thought it was insane before, you guys ain’t seen nothing yet. For real.

So, what can we expect from Sunday night’s brand-new episode, titled “Guilty”? Let’s start with a preview clip:

In the latest episode, the new agent trainees are introduced to Dr. Susan Langdon (guest star Anne Heche) who will take their lessons for the week. In the current timeline, Dr. Langdon tasks the trainees with investigating serial killer cases to find the one victim that does not fit the case. She doesn’t expect her students to succeed, but Simon finds success and is actually a little too good at finding things that don’t belong.

Meanwhile, in the future Alex (Priyanka Chopra) is being interrogated by an FBI team while Ryan’s (Jake McLaughlin) life hangs in the balance.

Despite her best intentions, the FBI is still suspicious of Alex, forcing her to tell them that someone is planting bombs. Remember, last episode, Alex turned herself in because she thought it would help stop the second bombing.

Showrunner Josh Safran teased earlier this week that Ryan will face some serious issues this week after getting on the helicopter last episode. “It’s landed more in hell,” he told Entertainment Weekly. Doesn’t exactly sound like the perfect landing spot.

Safran also warned fans of the show, not to get too attached to any single character. As far as he’s concerned, no one is safe; except maybe Alex. We probably don’t have to worry about Alex.