Sheree Whitfield comes back to Real Housewives of Atlanta and her return stirs up quite a bit of drama. One cast member who immediately throws shade at Whitfield is Kenya Moore who begins to talk about Sheree’s house “Chateau Sheree”. She bought it in foreclosure and it is still vacant. Moore tells Whitfield that neighbors have complained and she jokes that Whitfield doesn’t have the money to keep up with the house. Moore says it’s been 4 years since Sheree bought the property and her neighbors complain to the city that it’s an eye sore bringing down the value of the neighborhood.

According to Reality Tea, when Sheree’s ex-husband Bob filed for bankruptcy, she suffered greatly as well. The site reports that:

Sheree was not entitled to a claim in Bob’s bankruptcy cites from a 2012 deal Sheree and Bob worked out in Georgia Family Court. In that deal Bob paid her a lump sum of $75,000 along with $1,000 per month in support for one year, then Bob would owe Sheree $2,142 per month afterwards. The support would change when Sheree and Bob’s kids turned 18.

Therefore, Sheree was out of luck. In addition, Celebrity Net Worth reports that:

Whitfield’s current net worth is reported at -$100,000. Ouch. Let’s hope her new Bravo contract helps her get back on track. 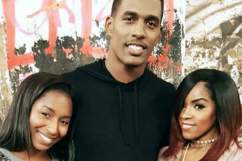