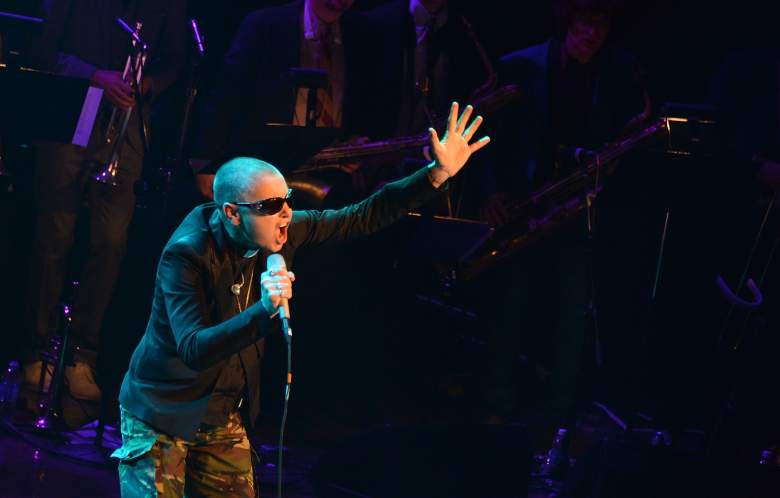 UPDATE: According to E! News, O’Connor has been found safe and sound after her “suicide note” post on Facebook. Breaking News reports that Gardaí at Pearse St station confirmed O’Connor is now receiving medical treatment.

Is Sinead O’Connor dead? Did she kill herself? Fans and the media are abuzz after O’Connor posted what appeared to be a suicide note on her Facebook account. In the note, she wrote that:

I have taken an overdose. There is no other way to get respect. I am not at home, I’m at a hotel, somewhere in Ireland, under another name
If I wasn’t posting this, my kids and family wouldn’t even find out. Was dead for another fortnight since none of them bother their hole with me for a minute. I could have been dead here for weeks already and they’d never have known.

This is truly tragic if O’Connor has ended her life. If she has indeed overdosed and is away in a hotel in Ireland under an unknown name, the chances of finding her before the drugs have taken hold are not good.

According to Telegraph, O’Connor suffers from bipolar disorder or manic depression and has been hospitalized several times for this. She has also recently been posting upsetting messages on her Facebook page throughout the last weeks, pleading with followers for a job, shelter and for love. In one post she wrote:

If you have a job for me, and a place to stay, where I can smoke, please let me know. I don’t need anything other than one warm room, and not to be living in a silent empty house. And to be appreciated. Im good at writing. Im also a great cleaner. Im not a job snob. Happy to clean toilets. Have hard work ethic. I love people. I wanna socialize. So all jobs will be considered. Music is over for me. Music did this. Rendered me invisible even unto my children. Murdered my soul. Im never going back to music. But Im a worker and I wanna graft. Kitchen jobs, waitressing.. anything at all.. if its sociable.. and people loving.. I’m there.

No news of O’Connor’s whereabouts or life status has been released. We will be updating this post with the latest news on the situation as it comes out.