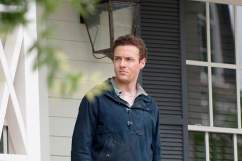 Check out all the highlights of the best moments that transpired during the 6th episode airing of The Walking Dead’s Season 6 run. Be sure to head to the next page to get every detail on everything that occurred.

1. Daryl, Sasha and Abraham Get Split Up After a Surprise Attempt on Their Lives

The open road is still packed with a rampaging horde of walkers. Daryl, Sasha and Abraham rode on as the zombies behind them kept moving in unison. All three survivors took a detour when suddenly a vehicle starts firing at them all. Daryl fell off his bike for a quick second, but he quickly regained himself and stayed on the move with his two friends. Sasha and Abraham crashed, but they picked themselves back up and shot down their adversaries.

Another car started trailing Daryl as he drove away from the scene. Sasha and Abraham continued looking for more of their enemies, while Daryl found himself taking refuge within the woods. He spotted a zombie laying next to him, who seemed to be a motorcycle rider who recently turned.

2. Daryl Was Kidnapped by a Group of One Man and Two Women

Daryl picked himself back up and kept pushing along in the forest with his motorcycle in hand. He passed by a group of burned and charred walker bodies along the forest floor. He stopped at one point to call out Sasha and Abraham. Daryl spotted blood dripping from his hand and noticed a severe injury right on his elbow. As he searched for something to heal his wounds, he heard someone or something in the distance. Daryl picked up his crossbow, hid his motorcycle and searched for whoever was out there. He came upon two women and then Daryl was laid out by a man wielding a bat.

As Daryl came in and out of consciousness, he could see the group in front of him taking advantage of his supplies. When the daylight finally came, Daryl was forced to get up and follow the group that took him prisoner. The three individuals decided to give Daryl some water, but it was clear that he was a bargaining chip for some other group that they’d all eventually meet. As everyone spoke during their trek through the forest, mangled walker bodies could be seen moving on the ground. It turns out this group were the ones who helped burn the forest and kill such a vast gathering of walkers.

Daryl stopped walking and said something that ticked off the man holding a handgun. The man that put the gun to Daryl’s head took offense to him and his group being called stupid. Daryl attempted to make a deal with them to go a separate way, but the man wouldn’t listen to reason. The group and Daryl finally came upon a parking lot full of walkers. The group seemed disturbed at the thought of one of their own missing and they looked to come up with some type of plan B. The youngest girl in the group fainted, which gave Daryl a window of opportunity to run off and escape. Daryl hid in the forest again, called out to his allies and then had to fend off another walker. In the bag that he stole from the group lied a case of insulin.

3. Abraham and Sasha Got Into a Tense Exchange Where They Questioned Each Other’s Sanity

Abraham and Sasha could be seen at their location taking refuge and talking about who tried to off them from beforehand. They called out to Daryl on their walkie talkie but got no reply. The both of them carefully made their way inside a darkened building. Abraham searched inside a room and found the past items of whoever worked their before. Sasha sat inside a room while Abraham stared down a walker stuck behind a panel of glass.

Sasha tried to sleep while Abraham searched through the room for supplies. They spoke for a bit about what led them to this point. Abraham told Sasha he chose to ride with her since he noticed that she was a little out of control. Sasha seemed to think he was more of a loose cannon than her. They both spoke for a while longer and then decided to stay at their current location until the morning.