Tyler Henry, 20, is a celebrity medium who speaks to spirits, harnesses energies and gives readings to some of the biggest stars in Hollywood. Read on for the details on Henry, his backstory and more.

On January 24, 2016, Henry has his own reality show premiering on E! and it’s called Hollywood Medium. The official synopsis of the show, provided by Entertainment Weekly describes it as this:

Hollywood Medium follows Henry navigating life beyond his conversations with the dead, juggling his ever-growing client list with his typical day-to-day in Los Angeles … In each of the eight episodes, Henry will sit down with a celeb seeking advice, a connection to the other side, or closure with a loved one.

In addition, E! has released a backstory on Henry that reads:

After a series of life-changing events – including a near-death experience – Tyler recognized that his passion, calling and life purpose was to bring clarity and closure to those he was privileged to read. Now out of high school and on his own for the first time, Tyler continues to work on managing his often overwhelming gift. Word of his talents has spread so quickly that Tyler has relocated to Los Angeles in order to better serve his new client pool.

The original name of the series was Hollywood Teen Medium.

2. He Appeared On Keeping Up With The Kardashians

Henry appears on KUWTK to give readings to the Kardashian sisters. He reveals to them that when he was very young, he had a premonition that his grandmother had died, which she did. His abilities just seemed to grow from there. In the above video clip, we see Henry talk about his craft and talk about some of the energies or spirits that may be around Khloe, Kim and Kourtney.

On Henry’s new reality show, we see him sit down with celebrities including but not limited to Bella Thorne, Jaime Pressly, Monica Potter, Boy George, and WWE Diva Natalya. Check out a clip of Henry with Pressly above as he delivers a reading that makes her very emotional.

This series adds a new layer of mystery and intrigue to the glitz and glamour of Hollywood that our audience is so passionate about. Tyler’s innocent charm puts celebrities instantly at ease, and viewers will see him deliver messages of hope, closure and forgiveness to some of today’s biggest stars as they open up about their lives.

And, he kind of looks like Macaulay Culkin, doesn’t he? 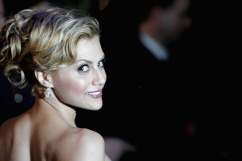 4. You Can Book Henry For A Reading Online

If you are in the Los Angeles area or can travel to the area, you can hire Henry for a booking. Booking requests can be made via email: ronscottpr@yahoo.com or tyler@tylerhenrymedium.com and by phone: (310)770-0276.

Henry has one-on-one readings, group events, lectures, and workshops all over the world.

5. Henry’s Calming Demeanor Is One of the Reasons So Many People Like Him

Tyler is known for his rational, comforting, and tactful presentation of the information he receives. This mentality has allowed him to provide a down-to-earth understanding with messages of hope, closure, and forgiveness.