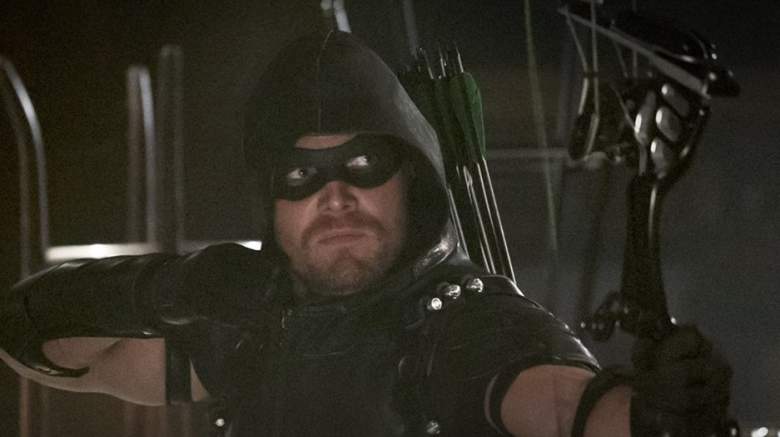 Arrow is about to get even more dramatic. The CW hit returns to TV next month. (Facebook)

Ok, so here’s what we know. Or, rather, what we hope we know.

We know (fingers crossed) that Felicity isn’t dead. Sure, we were terrified when she went into that chamber and our hearts all collectively broke when we saw Oliver’s (Stephen Amell’s) reaction, but the tech wiz and the best part of Olicity isn’t gone yet.

This is very good news. After all, Arrow won’t return to TV screens until January 20 and we’re not exactly sure we would have been able to stand that break if we actually thought Felicity was dead.

She might also not be just Felicity. Before we dive into some pretty serious spoilers for the rest of season four, check out the latest preview clip for the show’s January return:

So, let’s talk about Felicity. According to CarterMatt, there’s the possibility that Felicity Smoak (Emily Bett Rickards) is actually Barbara Gordon a.k.a the Oracle in disguise. Whoa.

Now, let’s think about this.

Felicity is already a bit of an Oracle in the way she interacts with Team Arrrow and Arrow executive producer Marc Guggenheim revealed, via his Tumblr, that the character would be getting a revealing code name later this season.

Whoaaaaaaa. That kind of blows our mind a little bit. It also opens up a few more questions.

If Felicity isn’t dead and maybe even isn’t the same character we all thought she was, then who is Oliver talking about in the preview? And, more importantly, who is in the grave we all saw at the start of the season?

While there’s plenty of speculation about who’s six feet under, there’s also drama to get ready for elsewhere in Star City. Roy Harper (Colton Haynes) is set to return, rejoining the team to help try and save Thea (Willa Holland) who is still suffering from the effects of the Lazarus Pit.

Oh, and as an added dramatic bonus, Oliver’s long-lost-son is going to be making his presence known in the later episodes this season. You can bet that’s going to have a pretty serious impact on every single character, especially Olicity.

In other words, get ready Olicity shippers. The rest of this season is going to be tough.

Arrow airs Wednesdays on the CW and will return on January 20.