Take a look above the the very first look of Benedict Cumberbatch as Marvel’s Doctor Strange.

The film follows the story of self-centered neurosurgeon Dr. Stephen Vincent Strange who transforms into a sorcerer after a car accident and stumbles upon a magic world. Marvel Comics’ Stan Lee and Steve Ditko co-created the character in 1963. Directed by Scott Derrickson Doctor Strange hits theaters on Nov. 4, 2016.

Comic fans have been waiting for this moment since the character was name-checked in 2014’s “Captain America: Winter Soldier.” 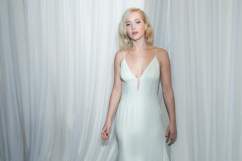