The case of Brenda and Randy Bratschi is featured on an episode of Snapped. Brenda Bratschi was convicted of murdering her husband Randy in Florence County, South Carolina. She was sentenced to life in prison for killing and burying her husband under a trailer in 2009. The body was reportedly found by a work crew who was there to remove the old trailer in order to make room for new owners. When they tried to remove the trailer it got caught on an object and a human skull rolled out. The police were immediately called and a forensic analysis later confirmed that the remains were Randy Delyn Bratschi, who had disappeared five years prior. Before his death, Randy had made a domestic violence complaint against his wife and he was last seen on November 26, 2004. He had planned to go hunting that weekend and his wife Brenda filed a missing persons report.

To read the official court documents about Randy’s domestic abuse claims against wife Brenda, from Judicial State, click here. In the documents it states:

Randy’s face was swollen and had lacerations on it. He also had bruising on his chest, a skull fracture, and other injuries to his head. Dr. Ernest Atkinson treated Randy at the hospital, where he stayed for several days. Dr. Atkinson described the injuries as “pretty severe” but not life threatening. He stated that if one of the blows had been to the back of Randy’s head instead of the front or side, it could have killed him … Investigator Streett believed Randy was “terrified” of Brenda. Randy obtained a restraining order against Brenda from the family court because of the altercation. Investigator Streett charged Brenda with assault and battery with intent to kill.

After Randy and Brenda’s altercation, a family friend named Kathy Merrill said that Randy began dating a woman named Susan Hill. As a result, Brenda reportedly hired a private investigate to follow them.

On November 26, 2004, the Friday after Thanksgiving, Randy had plans to go to a turkey shoot with friends. He clocked out of work just before 7:00 a.m. that day. When his friends arrived at his home to pick him up, he did not answer the door. Randy’s Isuzu Rodeo was there; however, Randy’s truck and boat were not. Randy’s dog was inside the trailer. A makeshift alarm system Randy set up after the incident with Brenda was not set. The following day, Randy did not come to Russell’s house for oysters like they had planned. Randy was scheduled to work special shifts on Saturday and Sunday but did not report to work. Brenda and Susan both called Russell’s home looking for Randy that weekend. Russell contacted the police on Sunday about Randy. Brenda also contacted police to report him missing.

When the police searched Randy’s trailer, they had found nothing. Years later, Brenda was arrested on December 7, 2009, for Randy’s murder. 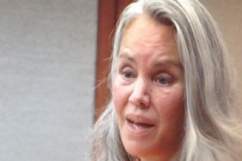