Last week on Real Housewives of Atlanta, Porsha Williams and Cynthia Bailey started to get into a fight. Bailey had been on edge after a questionable video of her husband Peter Thomas getting too friendly with a mystery woman was released online. Williams, on the other hand, was having a great time with a young athlete named Duke Williams in her bed. So, when Williams called Bailey a bitch while on a booze cruise with the girls, Bailey took the situation and ran with it. Though Williams said she wasn’t meaning to be disrespectful, that’s exactly how Bailey took the situation. The two began to get into a heated discussion, which quickly turned physical. According to TMZ, Williams ended up going to the hospital after getting kicked in the gut. TMZ reports that:

Cynthia tried to disengage, walking to the other side of the boat, but in true form Porsha followed. Porsha got in Cynthia’s face, and that’s when Cynthia exercised self-defense, kicking Porsha in the stomach. Producers came in before Porsha could react and restrained her. As for injuries … Porsha went to the hospital, where she scored pain meds.

As for how Bailey thought it all went down, she told Bravo TV:

Porsha and I were having a great time together until we had a breakdown in communication, which turned into a major misunderstanding. That combined with several cocktails and disrespect of personal space took the conversation somewhere it was never meant to go. When I walked away from everyone in pursuit of peace to speak with Kenya on behalf of Shamea, the last thing that I expected to hear from Porsha was ‘whatever bitch.’ I felt like my friendship with Kenya and my good intentions were being mocked when she called me a bitch in that moment. I perceived it to be disrespectful, whether that was her actual intent or not. Looking back, I think I may have misjudged Porsha’s intentions and overreacted.

Whatever the case though, Bailey now feels she should have kept her mouth shut since the issue wasn’t initially with her in the first place. Bailey explained:

In my opinion, the word ‘bitch’ can be used in fun as a term of endearment or disrespectfully as an insult. It depends on the tone and context in which it is used and interpreted. How did Porsha and I go from having fun and kicking it to a heated confrontation, when all I was attempting to do was try to prevent Kenya from kicking her friend Shamea off the boat? Was it wise to get caught in the line of fire to try to defuse a bomb that was never intended for me? Looking back, probably not. Maybe I should have kept my big mouth shut, sat back with the other ladies, and watched the fireworks.

After the big brawl, Bailey’s husband Peter Thomas comes home from Charlotte, North Carolina to console her. That says a lot for their relationship since the two were on the rocks at that time. 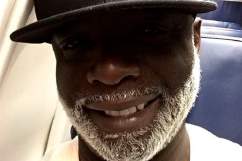