The Investigation Discovery (ID) channel presents 48 Hours, a non-fiction investigation series on the exploration of murder, gambling and other crimes. On tonight’s episode, the murder case of millionaire Gary Traino is featured, with wife Pamela Phillips as the convicted killer. In 2014, Phillips received a life sentence for husband’s 1996 car bomb death. According to CBS news, Phillips was sentenced to spend “natural life” in prison without the possibility of parole, though Phillips maintained she was innocent. Pima County Judge Richard Fields tried the case and said he had no residual doubt about the verdict.

Tucson, Arizona real estate developer Gary Triano was murdered on November 1, 1996. He walked off the golf course of the La Paloma Country Club in Catalina Foothills and was killed as a pipe bomb exploded inside ‎his Lincoln Town Car.

In 2010, Ronald Young was tried and convicted as the hit man who was in ‎a conspiracy with Phillips. Phillips and Young were both indicted in October 2008 on charges of first-degree murder and conspiracy to commit first-degree murder. The link between Phillips and Young was when documents referring to Phillips and Triano’s divorce, a map of Tucson, and a sawed-off shotgun were found in Young’s abandoned vehicle. The vehicle had been rented by him. Throughout Young and Phillips’ trials, it was implied that the motive for Triano’s killing was his $2 million insurance policy. In the trial it was also revealed that there were FBI reports from 1996 and 1997, that alleged Triano may have had mafia connections. In turn, Phillips’ defense was that her husband’s death was a mob revenge killing.

Triano had several children, two of whom were from a previous marriage. Triano’s daughter Heather, stated to in the courtroom:

Pam who at one time was my stepmother and my friend destroyed lives due to her greed and love of money. Pam’s lack of thought for her own children is appalling.

Originally in 2011, according to CBS, Phillips was ruled to be incompetent and was held on a $5 million bond. Phillips was a one-time model, real estate agent and socialite. The couple married in 1986 and then divorced in 1993. Afterwards, Triano filed for Chapter 11 bankruptcy and claimed $40 million in debt from casino business dealings. Phillips moved to Aspen, Colorado with the couple’s two children and picked up her career in commercial real estate. Triano had five children total.

It was later discovered that Phillips had taken out a $2 million life insurance policy against Triano shortly before he died. The sum was paid to Phillips in 1997. In 2005, Ronald Young was featured on an episode of America’s Most Wanted and was said to possibly be linked to Triano’s death. He was arrested shortly after the show aired. When Phillips was indicted in 2008, she fled to Austria, but was returned to the United States to stand trial.

Phillips is currently incarcerated at the Arizona State Prison Complex and continues to maintain her innocence. 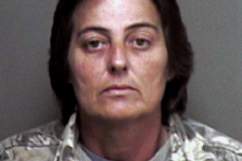