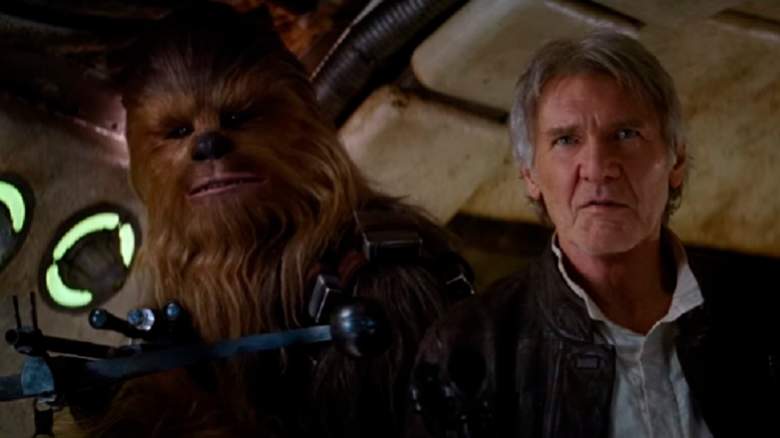 This entire post is one big spoiler, so if you don’t want to hear about a major moment in Star Wars history, stop reading. Star Wars: The Force Awakens brings about the end of an era with the sad, yet heroic death of Han Solo. Harrison Ford returns to the franchise, reprising his role as Han Solo, and we are introduced to his son Kylo Ren (aka Ben Solo), played by actor Adam Driver. Han Solo’s son Kylo is actually the one who kills him, as Kylo needs to cut off his last emotional tie in order to fully join the Dark Side. This may sound familiar as it is the same kind of idea that Luke Skywalker and Darth Vader battled with years ago.

The death scene occurs in the third act of the movie with Kylo stabbing Han Solo with his lightsaber before Solo falls off of a bridge. Here is a Twit pic of the scene below.

Solo confronts his son and tries to convince him that Snoke is just using him for his power, but Kylo stands firm. Solo tells Kylo that when Snoke gets what he wants, he’ll crush him. Both men’s eyes well up with tears as Solo pleads with his son to return home. Kylo tells him that it’s too late and that he wants to be “free of this pain.” Kylo says he knows what he has to do but he doesn’t know if he has the strength to do it. He then asks his father to help him and Solo says he’ll do anything for him. Kylo pulls out the lightsaber and the two share a long last look at each other. Kylo suddenly stabs his father with tears in his eyes and tells him, “Thank you.” Solo then reaches out to lovingly touch his son’s face before he falls limply off the bridge. As Solo is stabbed to death, Chewbacca and main character Rey cry out in upset. It is a truly heartbreaking scene.

R.I.P. Han Solo. To honor the memory of our beloved Han Solo, check out all the awesome Han Solo gear you can get by clicking here

For more news on The Force Awakens: 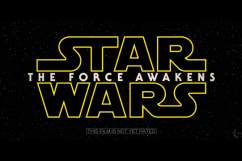 ‘Star Wars: The Force Awakens’ Movie Quotes From the Cast 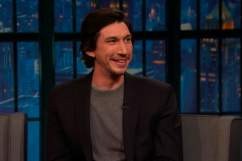 Kylo Ren aka Ben Solo – The Son of Han Solo in ‘Star Wars: The Force Awakens’

Read more about Star Wars in Spanish at AhoraMismo.com: