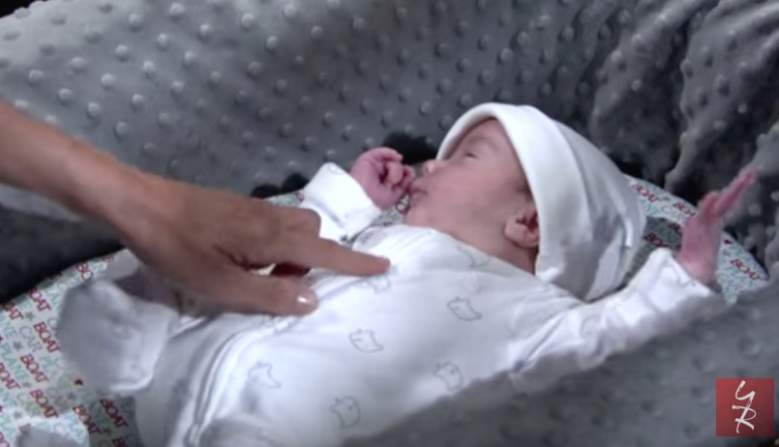 A major shocker is reportedly set to shake Genoa City and The Young and the Restless cast at its core.

The fallout from Dr. Anderson (Elizabeth Bogush) faking baby Christian’s death will affect the futures of three couples, according to Celeb Dirty Laundry.

Read on for what it could mean for three Y&R couples in early-2016 and click on “Next Page” below to see how it could effect Genoa City as a whole:

Sharon & Dylan’s Happiness Could Be Compromised 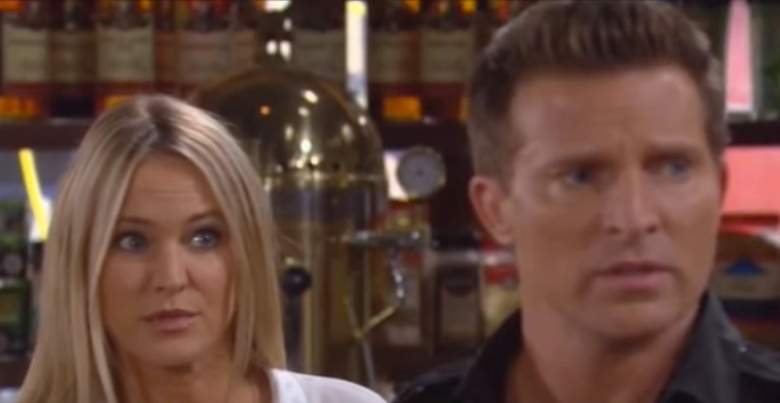 From left to right, Sharon and Dylan, may experience rocky roads upon learning that baby Sully is Sage’s. (CBS Screenshot)

Just when Sharon (Sharon Case) was rebounding from her relationship woes to Nick (Joshua Morrow) and Adam (Justin Hartley), her situation with Dylan (Steve Burton) is now on the cusp of a setback. In one of the more recent romantic Y&R moments, the two married in an impromptu holiday wedding. Up until this point, Dylan has believed that Sully is his. However, once he learns that his son is really his nephew, it could drive a wedge between himself and Sharon. Sharon — who’s been experiencing a higher quality life since leaving Fairview — just may be driven back there. The only upside to this would be that Sharon finally sees Dr. Anderson for the deceitful person she really is. Ironically, Dylan had a heart-to-heart with Stitch — who’s having issues with his child Max — about how he thinks Sharon would handle custody if they split. This could be an indicator of rocky roads ahead.

The News Would Be Bittersweet for Nick & Sage

From left to right, Nick and Sage, would find themselves in a catch-22 situation if they found out that Sully was actually Christian, who they thought died. (CBS Screenshot)

Nick and Sage are presently rekindling their romance, as he — along with Faith (Alyvia Alyn Lind) — informed her that he’ll be moving in with her at the Newman building. After several failed attempts to convince Sage to move back in with him, Nick finally seems to be making some headway in their relationship. Nikki (Melody Thomas Scott) recently boasted that the two were getting closer and a jealous Adam caught them in a heavy make out session.

Once Nick and Sage find out that Sully is really Christian, it will relieve them of a lot of pain. However, the predicament becomes more complex, as it may then be revealed that Adam is the father. If this situation played out this way, it would drastically alter Adam’s focus to overtake Newman Enterprises with Luca (Miles Gaston Villanueva).

Adam’s Secret Could Cause Irreparable Damage to Chelsea

Between his unideal ties to Victor and Sage living next door, Chelsea (Melissa Claire Egan) has been very understanding of Adam. Chelsea has even walked in on the two emotionally bonding on more than one occasion. Since Adam left prison, Chelsea has seemingly been under the impression that he was reformed.The two have successfully parented Connor as well. However, if Chelsea finds out that Adam is Christian’s father, it will have huge ramifications on their future. This would ensure that Sage — who Chelsea wanted out of her and Adam’s building — would be a part of Adam’s life permanently; potentially fatal to their relationship.