When will The Leftovers return? (Twitter/HBOPR)

Tonight is the Season 2 finale of The Leftovers on HBO. This amazing show has a shorter season than most TV shows, making tonight the season finale rather than a mid-season finale. When is the show coming back?

Unfortunately, there is no return date scheduled yet for The Leftovers. The series hasn’t even been renewed yet for a third season on HBO.

Although its ratings haven’t been great, the show itself is has great reviews. On Rotten Tomatoes, Season 2 Episode 8 has a 100 percent approval rating, which is practically unheard of. The series itself has a 90 percent audience score and an 89 percent approval rating. Many publications, such as The New York Times, have had positive things to say about the show. Forbes reported that HBO doesn’t care as much about ratings, which will work in The Leftovers‘ favor.

However, the lackluster number of viewers may still be an issue, despite the positive reviews. According to Seriable, .71 million U.S. viewers tuned in for the Season 2 premiere. The show dipped to .52 million viewers on episode 4, but it went back up to .70 million viewers for episode 8. Unfortunately, these numbers are a huge decline from season 1, which saw an average of 1.6 million viewers.

To read more about The Leftovers, please see: 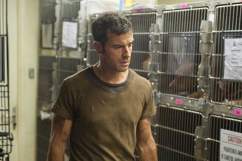 ‘The Leftovers’ Season 3: The Photos You Need to See