Abby Lee Miller’s legal issues have been on full display this season on Dance Moms. The mothers of the daughters on Miller’s dance team find out about Miller’s 20 counts of bankruptcy fraud via the morning news and they are blown away. The Day Herald reported that Miller walks around like nothing is wrong and she refuses to talk about the charges to the mothers or their children. In addition, Day Herald stated that Miller had hoped the show would not air her legal problems, but it looks like they are front and center.

Miller is dealing with 20 counts of fraud, false bankruptcy declarations, and concealment of bankruptcy assets. If convicted, she could face five years in prison and/or be charged a $250,000 fine for each indictment count. She is reported to have even hid $755,000 in earnings from her show Dance Moms when she filed for Chapter 11 bankruptcy in 2010.

In early November 2015, Deadline reported that Miller had a short arraignment in the federal courthouse in downtown Pittsburgh. There, she paid a bond of $10,000 and entered a plea of not guilty. A start date for her jury trial has not yet been announced.

Miller is trying to keep her head held high and carry on while battling her legal issues, telling Entertainment Tonight:

My parents taught me, ‘Hey, you go back in there tomorrow and you put your chin up in the air and do this, that and the other thing and you ignore those people.

Click here to check out the indictment documents from Abby Lee Miller’s case.

Abby Lee Miller’s net worth is reported to be $2 million. 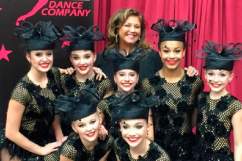