Amanda “Mandi” Kremer is a bit off-color, which you can tell if you watch her Bachelor audition tape above. She’s one of the most stand-out contestants from season 20 of The Bachelor. For all the details on Mandi, read on below, but beware of some major spoilers, including the winner.

1. Gingivitis Is a Deal-Breaker for Kremer

Kremer is a dentist, so dental hygiene is extremely important to her. She said she once went on a date and saw that the guy had inflamed gums. She refused to kiss him or go out on a date with him again because she says gingivitis is a communicative disease. And so, on the premiere episode of The Bachelor 2016, she actually gave star Ben Higgins and oral check up. Fortunately, he passed the test. 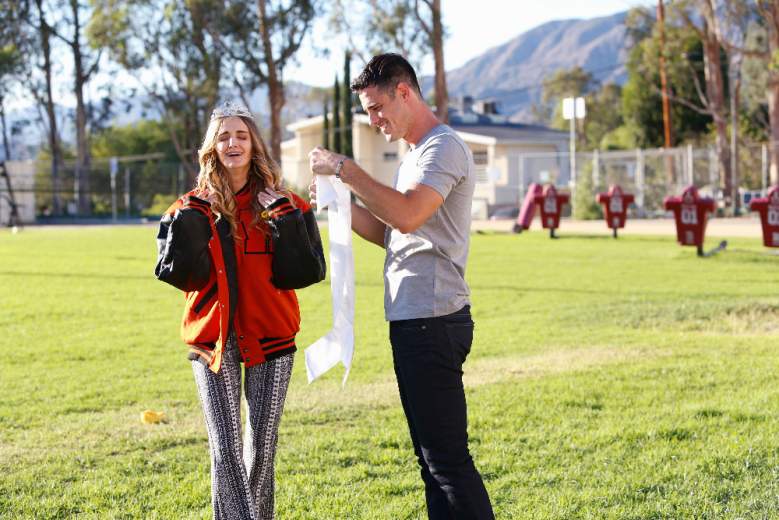 The first group date of the season involved Ben Higgins taking ten of the girls to a high school to complete some tasks. These tasks included but were not limited to bobbing for apples, a science experiment and jumping hurdles on the school track. Mandi Kremer ends up winning the challenge and gets to ride in a convertible with Higgins around the track. Unfortunately, according to Reality Steve, she does not get the group date rose.

3. She Does Not Win The Bachelor

We are sorry to tell you that Kremer is not the 2016 winner. Reality Steve has reported that the winner is actually Lauren Bushnell. Lauren was the first limo arrival on the premiere as well as the first contestant introduction that aired.

4. The Bachelor Wasn’t the First Time She Wore the Giant Rose On Her Head

Talk derby to me. ??? #portlandderby #Kentuckyderby

For her limo arrival, Kremer showed up with a giant red rose fastened to her head and she let star Higgins know that he could pollinate her flower any time. This is not the first time that Kremer wore that rose on her head as she likes to hit up the Portland Derby (like the Kentucky Derby), which is famous for women attendees wearing outrageous hats. In the past, Kremer actually wore the rose piece to the Derby, as shown on her Instagram account.

In addition to being a dentist, Kremer is also a model and tends to model swimwear. She loves the hot weather because she loves being in a bathing suit. Check her out in a runway show below.

This is how I walk down the street in real life. ?? #fashionxt #runway #StrutOnFleek #SometimesIModel #MainlyADentistTho

Read More
The Bachelor, The Bachelorette, TV
Amanda "Mandi" Kremer is a contestant on The Bachelor 2016. Get the details on the dentist here.