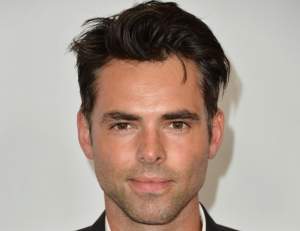 While there’s no shortage of drama on The Young and the Restless, there’s one character that never fails to get himself wrapped up in it; Billy Abbott (Jason Thompson).

Billy — who’s got a penchant for finding trouble — was recently sent to the hospital after being physically assaulted and then ran over. He was beat up by his bookie Gill’s henchmen after failing to pay the $2 million owed for a lost horse racing wager.

The character — who transitioned actors from Burgess Jenkins to Jason Thompson — is now on his way to a miraculous recovery.

Here’s what you need to know about Billy:

Pictured above, David Tom, was the first adult actor to play Billy Abbott when he came on in 1999. (CBS Screenshot)

Y&R fans first met Billy when he was born onscreen — played by twins Katrin and Margret Ingimarsdottir — on July 7, 1993. Up until 1999, he was a minor character that aged naturally and was portrayed by several child actors (more on those actors below). Thereafter, producers decided to alter his birth-year to 1983.

When Billy Miller took over for Scott Seymour in 2008, producers changed Billy’s birth-year to 1979 so that it would match Miller’s. Although Miller departed the soap in 2014, the character’s birth-year has stayed the same. Jenkins’ birthdate was actually in 1973 while the future Billy, Thompson’s is in 1976. 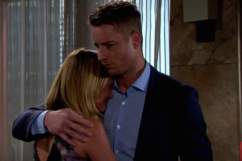 Are Adam & Sage Having an Affair on ‘Young and the Restless’?

Tragedy struck in Billy’s life on October 11, 2013 when Billy left his daughter, Delia (Sophie Pollono) unattended in his car.

Delia — who just got finished performing in a school play — let their dog Dash out to pee while Billy purchased ice cream. However, Dash ran off into the bushes and Delia gave chase. Once Delia reaches the bushes, the dog runs into the street. Then as Delia is about to give chase, Adam (Justin Hartley) swerves his speeding vehicle to avoid Dash and strikes Delia. After being hospitalized for a couple days, she passes away on October 14. After being rushed to the hospital, she passes away on October 14.

Eventually, Billy finds out that Adam — played by Michael Muhney at the time — is Delia’s killer, he drags him out of his apartment at gunpoint. Billy then forces him to drive to Delia’s gravesite and has him get on his knees. Billy demands that Adam come clean about fatally striking Delia. However, Adam pleads with Billy to turn him into the police so he can serve jail time instead. Billy disagrees and continues torturing Adam, who’s extremely cold in the snow.

Billy then forces Adam back into the car to drive on the icy highway. During the ordeal, declaring that he’ll make sure Adam never sees Connor (Michael and Nolan Webb) — who’s corneas were donated from Delia — again. Shortly after, Adam crashes while attempting to take Billy’s weapon; the gun shoots off and the car goes off a cliff.

The crash leaves Adam bloodied, unconscious and stuck inside the car unconscious with Billy okay; the latter escapes by breaking through a window. Ultimately, Paul (Doug Williams) and Nick (Joshua Morrow) locate the vehicle, which soon catches fire as Adam burns alive. Once the flames dissipate, the car submerges into the freezing water. Adam soon re-emerges and takes on the identity of Sage’s (Kelly Sullivan) deceased husband, Gabriel Bingham; he receives plastic surgery and later moves back to Genoa City.

3. He Dumped Chelsea At the Altar

Pictured from left to right, Billy and Chelsea, prior to him embarrassing and leaving her at the altar in 2014. (CBS Screenshot)

Eventually, his divorce was finalized and he starts having sex with Chelsea. This led to a relationship. Billy and Chelsea combine their families as Connor — to Billy’s delight — begins calling him, “Daddy.”

Things go extremely smoothly up until Gabriel and Sage move next door. Sage — who soon starts sleeping with Nick — informs Chelsea that Adam has feelings for her. This makes her feel uneasy, as she isn’t aware that Adam is really Gabriel.

Sage’s confession to Chelsea brings out Billy’s insecurity, leading to him proposing. After initially turning him down, she says yes once he reasons with her that the Newman Towers fire made him realize he was in it for life. Chelsea repeatedly stalls the wedding date, which concerns Billy. She assures him it’s only because of her stresses over its planning.

At the engagement party, Gabriel shares how much he loves his wife while staring straight at Chelsea. Jack (Peter Bergman) stops him before he reveals his true identity.

Later, the situation gets more complex when Chelsea finds Billy locking lips with Victoria. This results in her sleeping with Gabriel. Right before the wedding, he shows up begging Chelsea not to wed Billy. She says that her moment with Gabriel was merely sex.

With Chelsea at the altar, Billy announces that she slept with Gabriel and is a “lying con artist slut.” He then dumps her as she cries.

4. He’s Committed A Minimum of 10 Crimes

Billy — who’s known for being a “spoiled rich buy” and “a screw up” is no stranger to friction with the law. Since the character’s inception, he’s dealt with legal matters on at least 10 occasions. In every sense of the phrase, Billy is the quintessential “black sheep” of the Abbott family.

He drank while underage; the charges were eventually dropped.

He stole an antique from Katherine Chancellor (Jeanne Cooper), who decided not to press charges, Billy was sent to Hong Kong instead.

He was arrested for not revealing a journalism source.

He bought and adopted a baby off the black market. The adoption was later reversed and he wasn’t charged.

He was jailed for solicitation.

He was arrested for drug trafficking in Myanmar. He had been setup and released by Victor.

Chelsea accused him of raping her in Myanmar after she drugged him.

He took Adam at gunpoint and physically assaulted him after realizing the latter was daughter Delia’s killer.

He hacked into Paragon to get revenge on Victor (Eric Braeden)

He was arrested for a DUI after refusing to not drive. 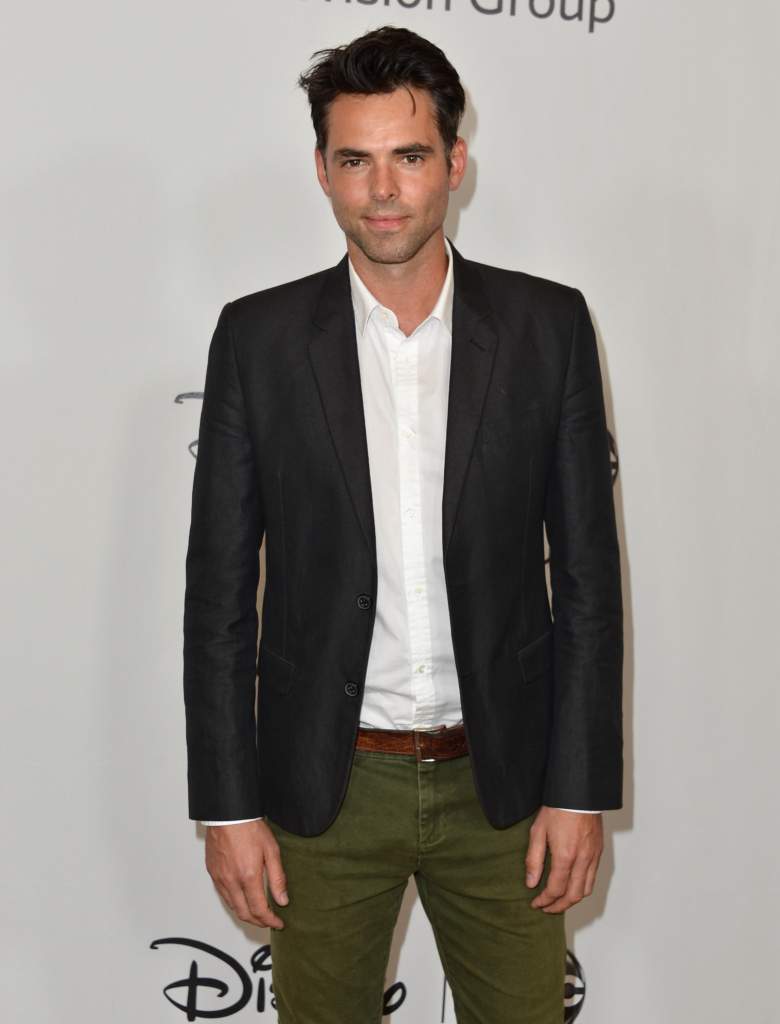 On January 11, Thompson — who’s mostly known for portraying Dr. Patrick Drake on General Hospital — takes over for Jenkins as the next Billy Abbott.

Although six adult actors — from 1999 to the present — have played Billy, seven child actors previously donned the part. As mentioned, the Ingimarsdottir twins took on the role at its inception. They were followed by Brett Sherman, Shane Silver, Blake Pontello, Josh Michael Rose and Scotty Leavenworth.