The Bold and the Beautiful returns on Friday with an all-new episode as Katie (Heather Tom) makes it crystal clear that Brooke (Katherine Kelly Lang) is no longer welcome near her family while Liam (Scott Clifton) continues acting disoriented under Quinn’s (Rena Sofer) watch. 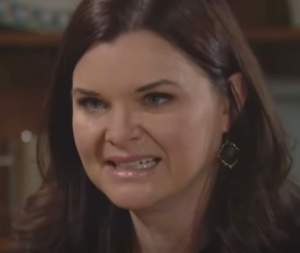 Katie and Brooke were ready to put the past behind them, as the latter started a new chapter in her life by working at Spencer Publications. Katie was thrilled to not only be getting along with her sister again, but also to have such a valuable asset to the editorial team. Meanwhile, Bill (Don Diamont) began fantasizing about both his past and a potential future with Brooke, unbeknownst to Katie. Eventually, Bill and Brooke ended up locking lips. After mutually agreeing that neither of their feelings could be further acting upon, Katie ended up catching Brooke confessing her love for Bill.

From that point on, Brooke and Katie’s relationship was headed for irreparability.

On Friday, Katie tries further putting Brooke in her place, iterating to her that Brooke’s issues with men are insane.

Although Brooke’s already made it clear that she’s cutting Brooke off, she informs her once again; only this time in detail.

Will Katie’s intentions stick, or will Brooke find a way to minimize the severity of the situation between herself and Bill? 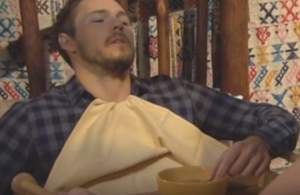 Liam — pictured above in Friday’s B&B episode — continues being held up by Quinn in Topanga. (CBS Screenshot)

Meanwhile, Liam still remains holed up inside Quinn’s Topanga cabin. Liam — who fell unconscious inside the Spencer Publications parking lot — was put inside his own car and driven away by Quinn. She has been keen on preventing him from working things out with Steffy while Wyatt (Darin Brooks) tries making some romantic leeway.

On Friday, Liam remains in a state of confustion, not remembering exactly who Quinn is, as he compliments her for caring for him.

In response, Quinn plays along with Liam by telling him what he wants to hear.

Unbeknownst to Quinn, Wyatt seems to be falling out of favor with Steffy, as his present — a brand new motorcycle — to her wasn’t as well-received as he anticipated. Wyatt got upset when Steffy gave a slight indication that she may still be holding hope for Liam.

Will Liam come to his senses before he loses Steffy for good, or will he continue getting progressively worse?