Jason Thompson — pictured above with new castmates Amelia Heinle and Christian Jules LeBlanc — steps in as the new Billy Abbott on CBS’s hit program The Young and the Restless on Wednesday. Up until this point, Thompson, 39, was been a mainstay on NBC’s General Hospital before his January 7 exit.

Burgess Jenkins, the last actor to play Billy, left the role after January 8 after a one-year-run.

At the moment, Billy’s life hangs in the balance as the character is hooked up to multiple machines. On the brink of losing his life, Thompson debuts by being inserted into the hospital bed of the comatose Abbott.

1. He Was Referred to as ‘Dr. Hottie’ on ‘General Hospital’ 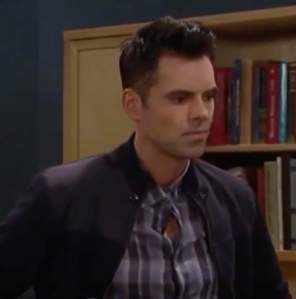 Jason Thompson, pictured as Dr. Drake in General Hospital, was quite the ladies man on the NBC show. (CBS Screenshot)

As an easy-on-the-eyes neurosurgeon, Thompson’s Dr. Drake undoubtedly made the rounds with the ladies during his 10-year General Hospital stint; so much so that various female characters began referring to him as “Dr. Hottie” for his sex appeal. This was surely based off Patrick Dempsey’s Grey’s Anatomy monikor, “McDreamy.”

Patrick — although dating Robin (Kimberly McCullough) — had a penchant for being a little too friendly in Port Charles. 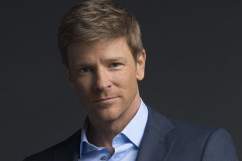 2. He Married Paloma Jones On Easter Sunday in 2015

A day to remember. Finally I've edited thousands down to my favorites. If there's such a thing. #palomaxjason ?@brianbowensmith

On April 5, 2015, Thompson tied the knot — on Easter Sunday — to his longtime girlfriend, Paloma Jones. The nuptials took place on the beach in San Pancho, Mexico.

Thompson popped the question to Jones during a romantic getaway in Mexico on July 8, 2014.

An ocean beneath us, an endless sky in front of us, I asked her and she said YES. @paloma

Jones was born and raised in Sydney, Australia. Although her age isn’t publicly listed, she did come clean to Girls I Know on May 13, 2013 that her ethnicity is a combination of things.

I’m Australian born – But my blood is a combo of Caribbean & New Zealand. Ain’t got the Aussie blood, just the accent.”

Jones and her longtime friend Whitney Brown are co-founders of the New York-based lingerie company, Valentine. The two are both ex-models. 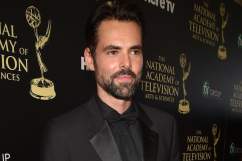 When Does the New Billy on The Young and the Restless Start?

3. He Had a Career in Modeling & Plays

At the ripe age of 18, Thompson already had endeavors of leaving his hometown of St. Albert, Alberta, Canada. Although Thompson admitted to always being ambitious about acting, he actually started out with a reputable career in print, commercial and runway modeling.

Most notably, the newest Y&R cast member was notorious for his work with Gap Inc. In 1999, he participated in the following three TV commercials for director Pedro Romhanyi: Everybody in Cords, Everybody in Leather and Everybody in Vests.

Thompson also made his presence known on the Broadway stage. He had major parts in plays such as Wishmaster 4: The Prophecy and Divide, The Academy, Jackob and More Than You.

In TV, he’s also had guest spots on Felicity, Flipper, and Castle.

4. He Sought Advice From A Former Billy 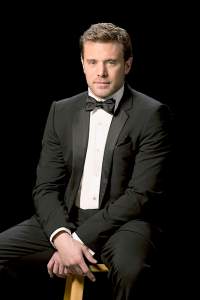 Billy Miller is considered by many to have given the most accurate portrayal of the Billy Abbott character. (CBS)

When it comes to portraying Billy Abbott, there’s been no other actor that’s done it better than Billy Miller, who embodied the part for six years (2008 to 2014). Thompson had the opportunity to work alongside Miller on GH.

As Thompson put it, Miller — who’s nabbed three Emmy Awards as Billy — was “very cool” and “very open” to mentoring the Y&R newbie on the role, according to CBS Soaps In Depth. 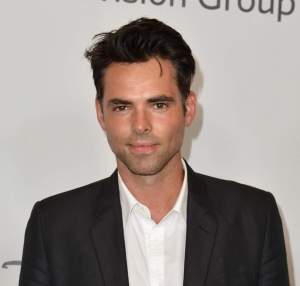 Jason Thompson is reportedly set to make a considerable amount more on Y&R then he did on General Hospital. (Getty)

Although Thompson wasn’t the highest grossing GH cast member, he did have a net worth of $600,000, according to Celebrity Petal on October 3, 2015. The report indicated that longtime General Hospital actors Anthony Geary and Finola Hughes have net worths of $9 million and $8 million respectively, amongst seven other paid more than him.

Nonetheless, Celeb Dirty Laundry reported that Thompson “would be making more than $20,000 per episode, promising him four episodes per week” on Y&R; equating to $320,000 per month. This stat reportedly puts him above 95% of other soap actors’ earnings. Hence, a sizeable increase from his GH pay.