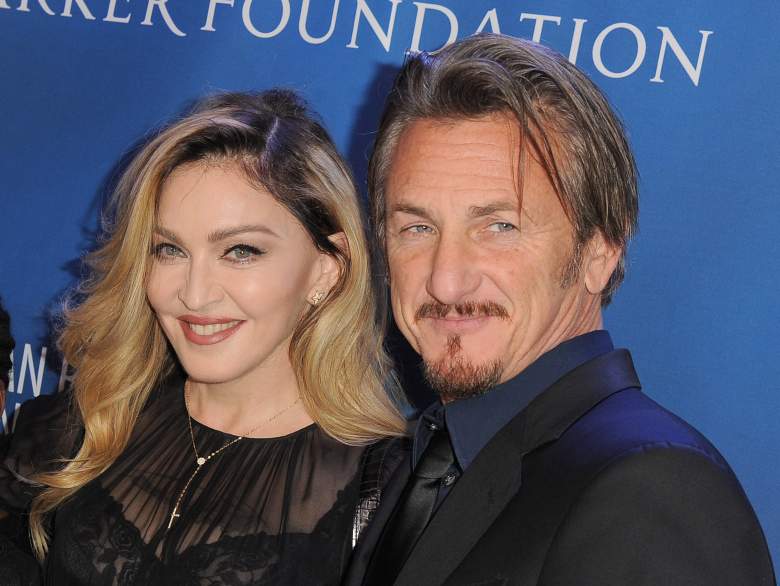 Are the reports true? Is Sean Penn dating Madonna again after all of these years? Recently, Madonna and her son Rocco Ritchie have been at odds and he has been staying in London. A source tells Page Six that Madonna’s relationship with Penn is the reason. Penn and his ex-wife Madonna attended his annual Golden Globes weekend Help Haiti Home gala for his J/P Haitian Relief Organization on Saturday night and they were photographed holding hands. In addition, E! News has said they had their arms around each other. Check out the photo in the below tweet.

At the event, Madonna performed “La Vie en Rose” while playing a ukelele and also gave a speech, saying:

I want to say, Sean, I love you, from the moment that I laid eyes on you. I just wish you’d stop smoking cigarettes.

As for Madonna’s rift with her son relating to her romantic link to Penn, an insider told Page Six:

Everyone knows that Sean Penn is back with Madonna … That’s [a] reason Rocco [Madonna’s son with director Guy Ritchie] is staying in London with Guy — he doesn’t like Sean.

Back in October 2015, when rumors were swirling about the two, Penn’s daughter Dylan said the two were just friends, but, perhaps the situation has evolved since then.