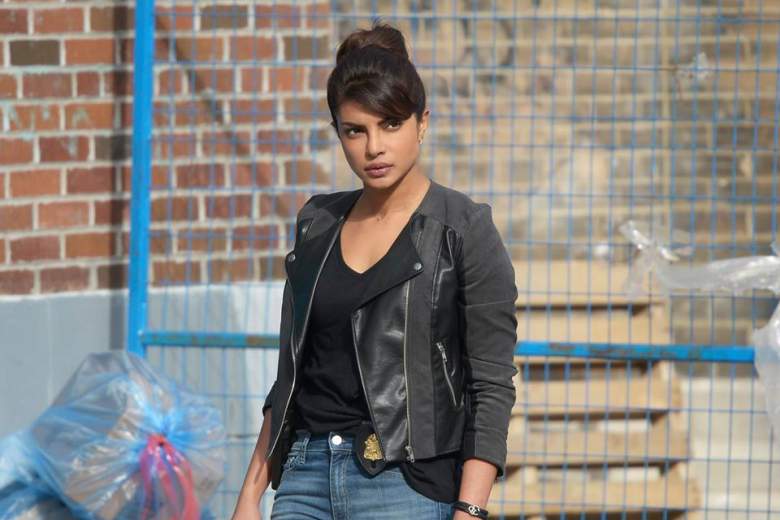 Quantico won’t be back on TV screens for another two months, but we’ve got plenty of spoilers to keep us occupied. (Facebook)

March seems like a very long time from now, doesn’t it?

Unfortunately for Quantico fans, that’s how long they’ll have to wait until the FBI drama returns to TV screens. That’s right, the first-year hit won’t be back from its midseason hiatus until March 6 and after that last episode, there are plenty of unanswered questions we’d like answered. Like immediately.

The show won’t exactly pick up directly after the bombing that added a quite literal bang to the midseason finale. In fact, there’ll be a significant time jump.

Before we all lose our collective minds too quickly, let’s take a pre-spoilers break and check out the latest preview clip for the rest of the season. Then it’s time to dive into some serious spoilers.

Alright, let’s start with the time jump and the potential added confusion that another layer of time may cause our Quantico-viewing experience.

Executive producer Joshua Safran explained the decision to TVLine, adding that the FBI academy timeline will stay the course and provide a few answers:

There will be a significant time jump in the future segment of our storyline. There is no buffer…You will get an answer as to what exactly, if anything at all, transpired between Alex and Liam on New Year’s Eve.

In other words? We likely won’t know who the 32 people killed in this latest terrorist attack are for awhile. Now, when you remember that Caleb, Shelby, Clayton, Claire and a whole host of other characters, many of who were big players in the first half of the season, were present during the attack, things may look very different very quickly.

Safran also teased that viewers will get to see a lot more of Hannah (Eliza Coupe) during the season’s backend, saying, “You will see her primarily in the future storyline.” He also added that fans of the show shouldn’t count out Raina for too long, suggesting she’s “sidelined herself,” but that “there’s actually a purpose for it.”

Another major plot point to consider come March? Is Caleb really the bomber. Safran wouldn’t confirm or deny that theory to TVLine after the midseason finale aired, but also added another possibly layer to it. He told the site:

Elias definitely is a terrorist, but whether he is a pawn of a larger mastermind or whether he acted alone is going to form sort of an arc of episodes moving forward. But he still did enact at least part of a plan — if not the plan that ended up killing many, many people. So you have definitely learned the identity of aterrorist. The question of whether he’s the only one remains to be seen, and it comes down to whether you believe what Elias was saying in the hotel room as the truth, or if you believe it was purely him biding time to get everybody in place in the emergency command center.

Of course, that theory is made all the more interesting by the fact that Elias is pretty clearly dead.

There’s certainly plenty to think about over the next two months. Like maybe how to invent a time machine and get to March 6th sooner. Until we draw up those plans, consider us locked away theorizing over the entire FBI.