With all his show business success, Rickman didn't make his love life official until 2012, when he secretly married his high school sweetheart, Rima Horton. According to Us Magazine, "Rickman met his first girlfriend Rima Horton in 1965 when he was 19 and she was 18. In 1977 they moved in together and have been a couple ever since" - a courtship which lasted 47-years. Read more about Rima Horton here.

Read more about Alan Rickman in Spanish at AhoraMismo.com: 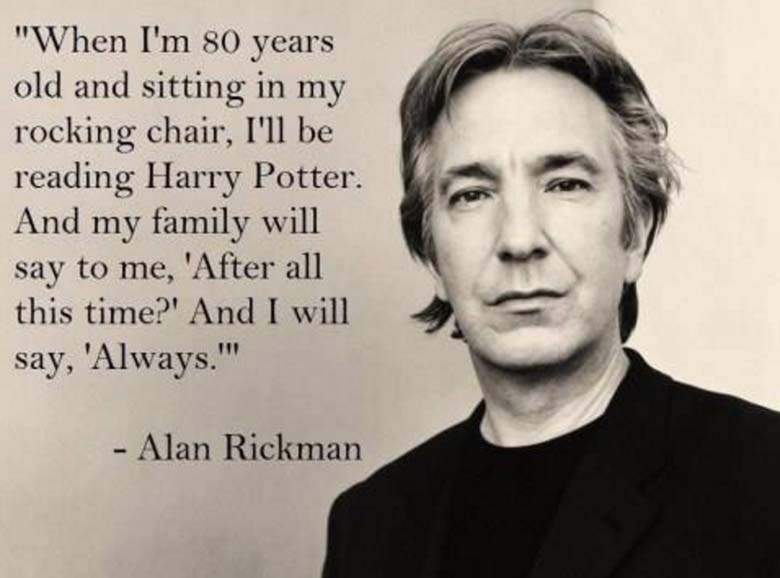 Read More
Alan Rickman, Celebrities, Harry Potter, Memes, Quotes
Alan Rickman, the British actor known to this generation as Professor Severus Snape of the Harry Potter films, has died from cancer at the age of 69. Remember the talented actor with his best quotes and memes.