On tonight’s episode of Keeping Up With the Kardashians, Scott Disick calls up Khloe Kardashian, who puts her sister Kim on the phone as well. As Kim is surrounded by sister Kylie Jenner and Mom Kris, Scott cries on the phone. Khloe says that Scott sent her a message that said he “can’t take it anymore.” The girls ask him if he “took anything” and Kris Jenner insists they call the police.

In the meantime, Kourtney Kardashian, his estranged girlfriend, is on a flight from Montana and has no idea what’s going on.

Scott cries on the phone and Kim begins to cry as she listens to him say that he wants his live to be over and that he’ll never find anyone as beautiful as Kourtney Kardashian and that she no longer loves him. He says he can’t get his shit together and that he can’t handle it anymore.

Khloe tells him not to do anything to himself and then Scott says that he has to go and to tell “them” he loves them.

In the meantime, Kris Jenner has someone (Chris Reda) go to Disick in New York and instructs them to call 911 if they can’t get in his room. Their friend Chris Reda checks on Disick and tells Jenner that Disick is “super depressed.”

It sounds like Disick was highly intoxicated but did not actually try to kill himself. Whatever the case, it was a truly scary moment for the Kardashian family.

On next week’s episode, the family talks more about Disick’s dark moment and we see Kourtney’s response. 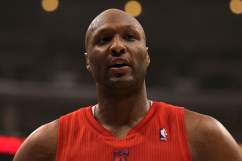 Will Lamar Odom’s Drug Overdose Be Featured on ‘Keeping Up With the Kardashians’? 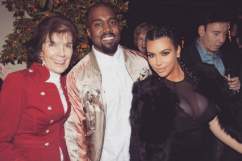 Kris Jenner’s Mother MJ on ‘Keeping Up With the Kardashians’