The Bold and the Beautiful returned on Thursday with an all-new episode as Quinn (Rena Sofer) drives a unconscious Liam (Scott Clifton) to her Topanga Canyon cabin while Bill (Don Diamont) continues fantasizing about Brooke (Katherine Kelly Lang).

Read on for B&B’s Thursday, January 21, 2016 spoilers and scroll down to click “Next Page” to see who Liam could be romantically reuniting with.

Quinn Takes an Unconscious Liam to Her Cabin 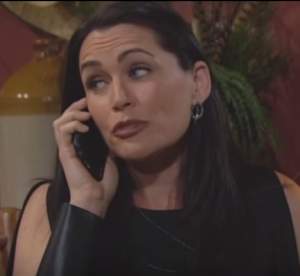 Quinn — pictured in Thursday’s B&B episode — did her best to capitalize on Liam’s unconsciousness. (CBS Screenshot)

Quinn tries to wake up Liam, who’s passed out on the parking lot pavement. When she sees he’s unresponsive, she puts him in the backseat of his own car and drives him to her cabin in Topanga.

Quinn tries searching on the Internet how she can help Liam. On the phone, Wyatt tells Quinn that Steffy’s waiting for Liam; all he has to do is walk through the door. Quinn pushes Wyatt to show Steffy he cares. Quinn promises him that Liam isn’t capable of stepping up for her right now.

Wyatt insists to Steffy that she can’t do this without Liam alone. Meanwhile, Quinn — while Liam’s out cold — pretends to be him and texts Steffy, “I’m not coming home.” Steffy sees this and gets emotional with Wyatt. 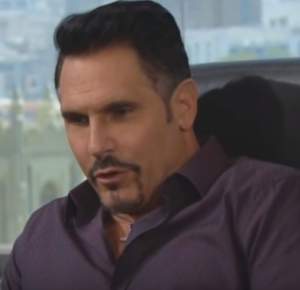 Brooke informs Bill and Katie (Heather Tom) that she wants the magazine reflecting more of the business. Brooke also says she’s worried about Liam and that she doesn’t want to be there if he’s coming back to Spencer Publications. Bill says he hasn’t heard from Liam; probably because of his situation with Steffy.

Once again, Bill daydreams about romancing Brooke. When he comes back to reality, he starts talking business with her. Bill tells her she’s “a pro” and she should do her thing. She assumes he’s worried about Liam. 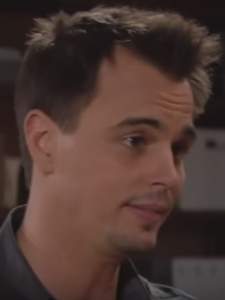 “A woman like you shouldn’t be waiting for anybody, Steffy. Let alone Liam.”

Wyatt says he wants to see her happy. Steffy appreciates his support. Later, Steffy continues thinking of the good times with Liam; she gets emotional and lights a candle.

Steffy’s still as confused as she was when Liam initially kicked her out of their place. Regardless, she refuses to leave until they work things out. However, Wyatt seems to be making some leeway in the trust department. Steffy continues to confide in him about her predicament with Liam.