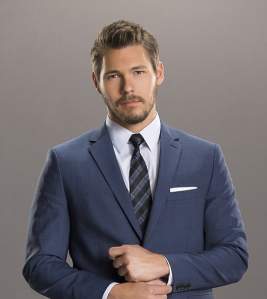 The complications in Liam’s (Scott Clifton) life continue to unfold, as he drifts further away from a relationship with Steffy. To make matters worse, his health appears to be in serious jeopardy after losing consciousness in the Forrester Creations parking lot.

Assuming Liam makes a recovery from his head trauma, here’s what could lay ahead for his love life:

Liam Could Reunite With Hope 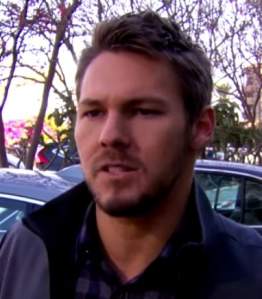 Liam — pictured in Wednesday’s B&B episode prior to passing out — could be turning his attention to a former flame. (CBS Screenshot)

Things for Liam have been all downhill since his accidental flight to Australia with Ivy (Ashleigh Brewer). Liam’s restroom fall — leading to him being knocked out and en route to Australia — set off a chain of events he hasn’t been able to recover from; head trauma and an on-the-outs relationship.

Steffy (Jacqueline MacInnes Wood) — who Liam thinks cheated with Wyatt (Darin Brooks) — has failed at trying to convince Liam to work their relationship out. Steffy keeps querying him on whether he still has feelings for Ivy while Liam remains mum on seeing Steffy and Wyatt asleep in bed together.

On Wednesday, Liam made a statement to Steffy about a woman he wasn’t over.

“There is one woman I’ve never gotten over and her name is not Ivy.”

Coincidentally, Brooke (Katherine Kelly Lang) spoke about Hope (Kim Matula) being in Monte Carlo with a girlfriend, which could indicate that she’ll be back soon.

According to Celeb Dirty Laundry, it would be quite “fitting for Hope to steal” Liam back from Steffy. After all, karma isn’t exactly on Steffy’s side, as she stole Liam from both Hope and Ivy.

Pages: 1 2
Read More
TV
Liam could reunite with Hope while Wyatt continues trying to charm Steffy in Thursday's The Bold and the Beautiful episode.