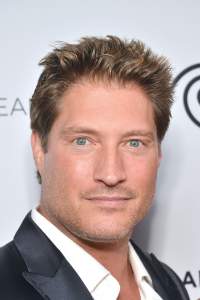 Rumors regarding actor Sean Kanan’s status with The Bold and the Beautiful have continued running ramped on the Internet. Prior buzz suggested that the actor could be fired from the show. However, Kanan now appears set to make a return to the popular soap.

Although it wasn’t shown onscreen, Quinn (Rena Sofer) revealed that herself and Deacon Sharpe had been separated. Since then, Quinn has spent most of her energy up to her usual antics. Only this time it’s trying to break up Steffy (Jacqueline MacInnes Wood) and Liam (Scott Clifton).

In the past, Deacon was curious as to why Quinn was so vested in Ivy (Ashleigh Brewer) and Liam’s relationship. A similar circumstance could take place with Liam and Steffy’s circumstance.

On January 21, Celeb Dirty Laundry reported that Kanan was “exiting the CBS soap opera as Deacon Sharpe — that is if he hasn’t already.” The site also stated that Kana’s name was even lifted from the ending credits.

However, on January 22, a B&B representative confirmed with Soap Central that the 49-year-old actor will be making his return in the near future.

“Sean Kanan as Deacon Sharpe remains a part of the B&B cast and has some amazing story coming up. Tune in or you’re going to miss some great Deacon moments.”

On March 7, 2014, Kanan boasted to TV Guide about both his career and his inclination for the Deacon Sharpe character.

“Deacon is my favorite of all the characters I played. I started my career in daytime on GH but returning to B&B feels like I’m going home.”

Prior to confirmation of Kanan’s return to B&B, the actor’s loyalists continued showing their support for the actor on Twitter. Below are just a few of the many tweets Kanan received on his social media account.

Big Deacon moments coming on #BoldandBeautiful? See link below. Hope it happens since we need @seankanan on screen! https://t.co/tPvNKdAsgg

Kanan is a veteran of the soap world, having had major parts on three of its top programs. He played A.J.Quartermaine on General Hospital from 2006 to 2014. Kana was then instantly picked up by B&B executive producer Bradley Bell to reprise his role as Deacon (2000-2015). During that time period, he played the same character on The Young and the Restless from 2009 to 2012.