The Young and the Restless returns on Friday with an all-new episode as Paul (Doug Davidson) informs Dylan (Steve Burton) of what Victor’s (Eric Braeden) capable of. Also, Billy (Jason Thompson) tells Victoria (Amelia Heinle) that he recalls the vehicle that hit him. 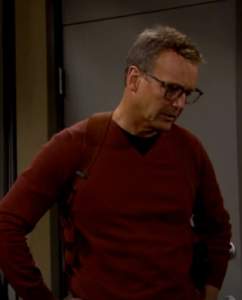 Paul and Dylan — a newly appointed detective at the Genoa City PD — continue to uncover more details in Billy’s investigation. Seeing how Dylan — who has a military background — was able to work the case, Paul offered him a badge for his efforts. Although Sharon (Sharon Case) isn’t a fan of her husband’s new career, he took the opportunity nonetheless.

Victor has been negotiating with the kidnappers — who appear to be Natalie’s (Mara McCaffrey) jaded investors — for Adam’s (Justin Hartley) release. Natalie unsuccessfully offered to work with Victor and finish the cyber project. However, he let Marisa (Sofia Pernas) free and took her — knowing she was “the girl” mentioned in the ransom email — instead. On Thursday, Dylan’s comradery with Paul took a turn for the worse when Paul got upset with him for going along with Victor’s demands.

On Friday, Paul has a deeper discussion with Dylan, warning him of what they are up against, especially since Adam’s life is in jeopardy.

“I know Victor Newman. When somebody threatens his family, he becomes judge, jury, and executioner.”

While Dylan knows Victor well enough, he may be underestimating his calculating abilities. 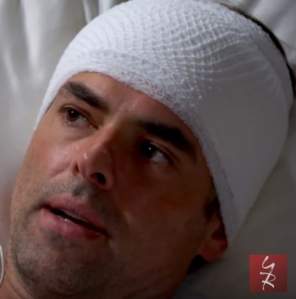 Meanwhile, Billy — although still hospitalized — continues making a miraculous recovery, as Victoria announced that he’ll be moving back home once he gets out. Billy also addressed the situation pertaining to Kevin’s (Greg Rikaart) cyber project. While he was sickened to hear that Kevin went with Victor as an investor, he said he understood. Regardless, Mariah (Camryn Grimes) informed him that Victor backed out.

“Billy’s in a very good place.”

To Jack and Phyllis’s surprise, Kevin begs to differ.

Meanwhile, Billy informs Victoria that he recalls the details of the car that backed over him in the Newman Towers parking garage.