On tonight’s episode of The Bachelor 2016, we get an inside look at contestant Joelle “JoJo” Fletcher’s ex-boyfriend. It is a very dramatic episode and her ex Chad Rookstool, 38, seems to try to work his way back into the picture somehow. For all the details on Rookstool, his relationship with Joelle Fletcher, and Bachelor spoilers, read on below.

UPDATE: Chad Rookstool has put out an article in In Touch Weekly about ex JoJo and the article is addressed on The Bachelorette 2016. Click here for the details.

1. JoJo Receives Flowers From Chad on The Bachelor 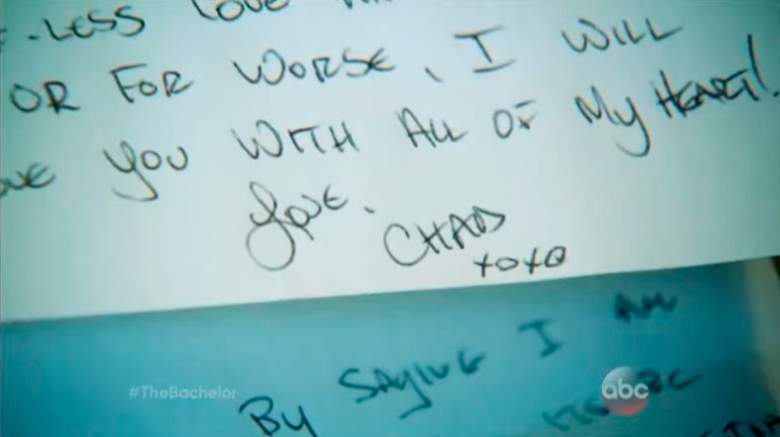 JoJo Fletcher has a very dramatic experience on tonight’s episode of The Bachelor. One issue is that her overprotective brothers cross lines and become aggressive with Bachelor Ben Higgins. If this wasn’t enough, JoJo finds flowers and a love note from ex-boyfriend Chad and she must address those feelings. Initially, JoJo thinks that the flowers are from Higgins, so when she discovers they are from Chad, she becomes angry and upset. She decides to call Chad, who tells her that their time apart has made him realize his mistakes and has shown him what true love is with her. Meanwhile, Higgins is on his way to JoJo’s home. The entire situation makes Higgins uncomfortable.

Fortunately for JoJo, all of this drama doesn’t seem to get her eliminated as Reality Steve reports that she continues on in the competition.

2. Chad Is Supposed to Be Watching JoJo’s Dog While She Is on the Show

According to Reality Steve, JoJo and her ex are on good terms. He was reported to have been watching her dog while she was away filming The Bachelor.

3. He Owns a Salon In Dallas

Rookstool owns his own salon called the Chad Rookstool Salon in Dallas, Texas. The salon specializes in color, styling, hair treatments, makeup and wedding services. In Rookstool’s professional bio on the salon website, it reads:

Chad Rookstool is an experienced stylist who has been in the industry 17 years. Originally, he trained under the internationally recognized, French stylist Jean-Philippe. He later helped open the Kevin Charles Salon where he managed it with the world renowned Kevin Charles for three years. Chad also mentored under Roy Teeluck in New York City. He continues his education annually in New York, Los Angeles, and San Francisco with Vidal Sassoon, Bumble and Bumble, and L’Oreal. Chad’s experience outside of a hair salon includes styling numerous advertisements, magazine covers, and fashion runway shows for Valentino and Armani.

Clearly, Rookstool has made a good career for himself.

Rookstool and JoJo Fletcher dated for an undetermined amount of time and JoJo has talked about being nervous to open up at times on The Bachelor. According to show host Chris Harrison, the break up was a bit fresh when JoJo first started filming the show. Harrison explained to Yahoo:

She is a little spitfire from Dallas — my hometown, so gotta love her. She is a real estate developer and a free spirit, but recently went through a breakup. As strong and bold as she seems on the outside, she is a little gun shy and reluctant, to say the least. Her main thing is letting go, and Ben keeps trying to get her to do so because he likes JoJo. They hit it off immediately and have chemistry. But she’s that girl who has the walls up.

Do you think JoJo is over her ex and ready for love? 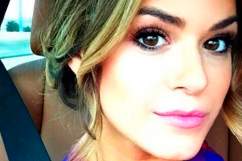 5. Rumor Is He Was Almost on Bravo’s Show Dallas Most Eligible

The Bravo network previously had a reality show called Dallas Most Eligible and OKHereIsTheSituation reports that Rookstool was actually a front-runner to be on the program. According to the site:

It looks like Chad was at least up for a spot since people were voting for him to be in the top 10 and he is pals with stars of the show like Matt Nordgren.

The show focused on the dating scene in Dallas, Texas.

Read More
Reality TV, The Bachelor, TV
Chad Rookstool is the ex-boyfriend of Bachelor contestant Joelle "JoJo" Fletcher. Get the details on his age, salon, their relationship and who he is.