Did our beloved Big Ang (Angela Raiola) really die? Has she lost her battle with cancer? The answer is officially “yes.” Late last night, Entertainment Tonight falsely reported that the star had passed away, but this was not the case. In response, her Twitter account released a statement on her behalf saying that she was still fighting and that she was very much alive. Her co-stars re-tweeted the post as well. Have a look at the original tweet below.

Unfortunately, in the early hours of the morning, the situation changed and the world lost a larger-than-life woman. Her Twitter account posted her death in the below announcement.

This is @vinniemedugno on behalf of the family of Angela Raiola, please see below: pic.twitter.com/wiuPApr9Lw

Big Ang had overcome throat cancer, but in December 2015, she revealed that the cancer had actually spread to her lungs and brain. She was told that she then had stage four cancer, which was a devastating blow to her.

Just this week, Big Ang appeared on the Dr. Oz Show to talk about her cancer struggle and she was filled with tears and emotion. She revealed that she sometimes thought that she was not going to survive the disease. We are sorry to hear that Big Ang has passed away. 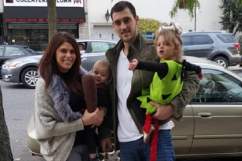