Everyone is looking forward to see a reunion of their favorite Friends characters (Matthew Perry reportedly appears in a pre-taped segment as he had a work commitment) airing on NBC tonight from 9 p.m. – 11 p.m. ET/PT. But, the actual reunion show is focusing on director James Burrows who worked on the show, among many other big shows. The show is titled Must See TV: An All-Star Tribute to James Burrows and the official synopsis of what to expect reads:

The casts of several of the most iconic comedy series of all time will be participating in NBC’s special “Must See TV: A Tribute to James Burrows.” Burrows is recognized as TV’s most accomplished comedy director. Burrows made his TV sitcom directing debut with a 1974 episode of “The Mary Tyler Moore Show.” He is probably best known for his work on “Taxi,” “Cheers,” “Frasier” and “Will & Grace,” which collectively earned him 10 Emmy Awards and four DGA Awards. He directed the pilots for all four series as well as for such other long-running comedies as “Friends,” “The Big Bang Theory,” “Two and a Half Men” and “Mike & Molly.” The Feb. 21 special will celebrate Burrows’ 1,000th episode with his new NBC comedy “Crowded,” in which he also serves as an executive producer.

So, in addition to the cast of Friends, who else can we expect to see?

Two and a Half Men — Jon Cryer, Charlie Sheen

Many additional celebrities were in attendance to the big event as well.

To watch the show on NBC, check your local TV provider (ie. FIOS, Optimum, Time Warner) to find out what channel NBC is in your area if you do not know it. You can also use the NBC channel finder to look for your local stations by clicking here. 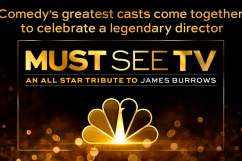 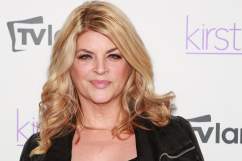