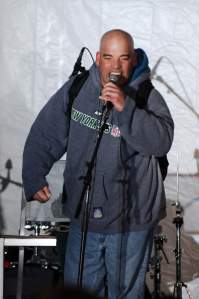 George “Crackhead Bob” Harvey — known for his appearance on The Howard Stern Show — died on Monday morning at 56-years-old. He’s the latest of a couple other Howard Stern Wack Pack members to pass away. Johnny Fratto, “Eric the Actor” and Riley Martin are the other recent deaths.

Harvey — heard in his first appearance in the video above — became a regular on the program after being noticed at a slew of Stern’s public outings in the 1990’s. He was usually the first in line at Stern’s autograph signings, according to Stern in 2007.

Harvey ended up becoming a member of the show’s Wack Pack in 1995, a group of individuals that all possessed something unorthodox about them. On the show, Harvey was notorious for making prank phone calls and for botching cover songs.

“He was such a huge champion on our show,” according to a farewell statement on HowardStern.com.

2. Smoking Crack Messed Up His Speech & Left Him Partially Paralyzed 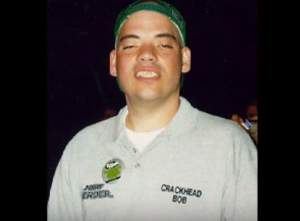 Harvey confessed on The Howard Stern Show that smoking crack negatively altered his speech and left him partially paralyzed. He also stated that multiple strokes left a portion of his body with permanent paralysis.

According to HowardStern.com, though Bob initially had trouble articulating at what age he began doing drugs, through a series of hand motions and noises, Robin and Howard deciphered that his namesake addiction started around age 25.

Rolling Stone reported that the Howard Stern crew liked to tape him trying to order food for delivery. 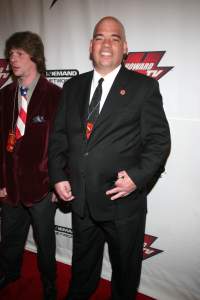 In 2001, Harvey made the decision to step away from shock jock’s show, wanting to focus on his family and personal recovery. When he returned to The Howard Stern Show in 2005, he explained that his numerous paid appearances led to more exposure to drugs and alcohol.

To the surprise of the audience, he returned to the program with his speech improved.

4. His Popularity Led to Him Making an Anti-Drug PSA

In the late 90’s, Harvey filmed an anti-drug campaign in order to get a positive message across. In the 31-second air spot — inside a school classroom — he tries reciting the alphabet with severe difficulty.

The following message appears on the screen:

“I have permanent brain damage due to crack cocaine.”

5. His Father Found Him Dead in His Texas Apartment 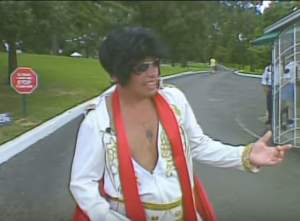 A regular on The Howard Stern Show from 1995-2001, Harvey’s father found him dead in his Texas apartment. The cause of his death is still unknown at this time. In the video above, he can be seen posing as an Elvis impersonator in Graceland, Tennessee.