The One Direction world is mourning after Louis Tomlinson’s grandfather Keith passed away. The news was first broken by Louis’ sister Phoebe who posted a photo of Keith carrying the 2012 Olympic torch in London. The post read, “RIP grandad Keith. You were so kind Grandad!!”

1. The sad news saw the term “RIPKeith” becoming a trending top in the U.S. on February 28. Here are some of the most poignant messages from fans:

#RIPKeith thank you for always supporting us sir really means a lot to us, our thoughts go out to your family.

Always in our hearts , respect and we are going to miss this amazing person #RIPKeith pic.twitter.com/vhvHkmHoCB

he was such a great inspiration for us, I can't believe we just lost a legend.#RIPKeith pic.twitter.com/MFD5XEhHd3

You never realize how much something or someone means to you until it's gone. #RIPKeith pic.twitter.com/3UudRTJ1pC

2. It’s not clear exactly when Keith Tomlinson passed away. His Twitter account has been inactive since February 19. On that page, Keith Tomlinson described himself saying, “I am who I am. Don’t just dream it. MaKEITHappen. Old in years but young at heart and loving life until the day I die. My world is the whole world.”

3. Keith Tomlinson endeared himself into the hearts of One Direction fans when he shot back at the rumors that his grandson was gay.

4. Keith was preceded in death by his wife of 47 years Margaret who passed away in January 2014. He wrote on Twitter at that time, “There was never one day in 47 years of being married to me that Mrs T didn’t tell me she loved me…So much love from you for Mrs T. You have been so kind to me today. I thank you all from the bottom of my breaking heart.”

Now these two angels can be together again in heaven #RIPKeith pic.twitter.com/RfFQ5SaVSg

5. The sad news comes as Louis Tomlinson and Briana Jungwirth’s custody dispute appears to be over, reports TMZ. Jungwirth was originally not giving visitation rights to the singer but the gossip site reported that on February 25, the issue was settled with Tomlinson allowed to see his 1-month old son Freddie. 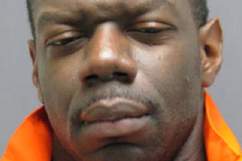