The OJ Simpson trial in 1994 has been known as the “Trial of the Century” as he was charged in the murders of ex-wife Nicole Brown Simpson and her friend Ron Goldman. From the famous bloody gloves to the police chase in the white Ford Bronco to Simpson’s shocking acquittal, this case was filled with flaws as well as unforgettable moments. While the media was in a frenzy and America couldn’t help but watch, the focus should have been more that two lives were taken. Tonight premieres the new show American Crime Story, which focuses its first season on the OJ Simpson case. It features an all-star cast and is a truly great take on the story. For all the details on what channel to watch, who stars in the show, and what time it airs, read on below.

LIVE STREAM: There is NO official live stream, though episodes will start to be posted on the FX website starting on February 3, 2016. 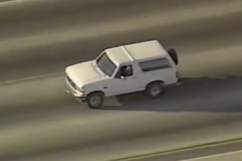