When the nominations for the 2016 Academy Awards were first announced, the lack of diversity in the nominees soon became the topic of conversation across the media. In turn, the hashtag #OscarsSoWhite resurfaced on Twitter and Jada Pinkett-Smith posted a video of herself saying that she would be boycotting the Oscars. Some speculated that she was just angry because husband Will Smith had not been nominated for Concussion, but additional celebrities began to express their upset as well.

What some may not realize is that this has been a big issue for years. When Chris Rock hosted the awards show eleven years ago, he made this joke:

Great night tonight. We have four black nominees tonight, so greaaaaaat. It’s kind of like the Def Oscar Jam tonight.

Of course I am disappointed, but this is not to take away the greatness (of the films nominated). This has been a great year in film, it really has across the board. You are never going to know what is going to appear on the sheet of paper until you see it. We have got to speed it up.

So, which celebrities are actually boycotting the event? Here’s who we know:

-Jada Pinkett-Smith
-Will Smith
-Spike Lee
-Transgender Performer Anohni
-Director of Creed Ryan Coogler and Selma director Ava DuVernay will be at a “Justice for Flint” benefit
-Russell Simmons had his own awards ceremony called the “All Def Movie Awards,” which will air on Fusion tonight.

In solidarity, Sylvester Stallone had offered to sit-out the awards, but his director Ryan Coogler encouraged him to go. Stallone told the LA Times:

President Obama has even spoken about the Oscars controversy during a conference with reporters, in which he said:

I think that California is an example of the incredible diversity of this country…I think that when everyone’s story is told then that makes for better art, it makes for better entertainment it makes everybody feel part of one American family, so I think as a whole the industry should do what every other industry should do which is to look for talent, provide opportunity to everybody. And I think the Oscar debate is really just an expression of this broader issue. Are we making sure that everybody is getting a fair shot?

The Academy is going to lead and not wait for the industry to catch up, these new measures regarding governance and voting will have an immediate impact and begin the process of significantly changing our membership composition.

So what are the changes that the Academy is making? The official Oscars website states:

Beginning later this year, each new member’s voting status will last 10 years, and will be renewed if that new member has been active in motion pictures during that decade. In addition, members will receive lifetime voting rights after three ten-year terms; or if they have won or been nominated for an Academy Award. We will apply these same standards retroactively to current members. In other words, if a current member has not been active in the last 10 years they can still qualify by meeting the other criteria. Those who do not qualify for active status will be moved to emeritus status. Emeritus members do not pay dues but enjoy all the privileges of membership, except voting … At the same time, the Academy will supplement the traditional process in which current members sponsor new members by launching an ambitious, global campaign to identify and recruit qualified new members who represent greater diversity. In order to immediately increase diversity on the Board of Governors, the Academy will establish three new governor seats that will be nominated by the President for three-year terms and confirmed by the Board.

For the entire course of action the Oscars plans to take, click here.

According to the LA Times, April Reign, a former attorney and managing editor of BroadwayBlack.com, was the creator of the hashtag #OscarsSoWhite. 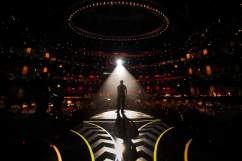 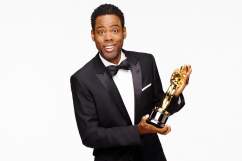 Read More
Celebrities, Oscars
The #OscarsSoWhite has caused major controversy and even boycotting of the 2016 Academy Awards. Get the details on who is and wants to skip the show, plus why.