Tonight is another episode of The Bachelor 2016 and the ladies venture off to Mexico City. With 11 girls left, the drama continues and the animosity towards contestant Olivia carries on as well. In Mexico City, the girls dabble in cooking and even try to learn Spanish. Higgins gets two solo dates and a group date this episode, but one contestant is reported to leave during the group date. Now, let’s get into the real dirt on what goes down tonight, who gets eliminated and who gets roses. Keep in mind, if you don’t want to know any big spoilers, stop reading now.

Lauren Himle Walks In a Fashion Show With Higgins 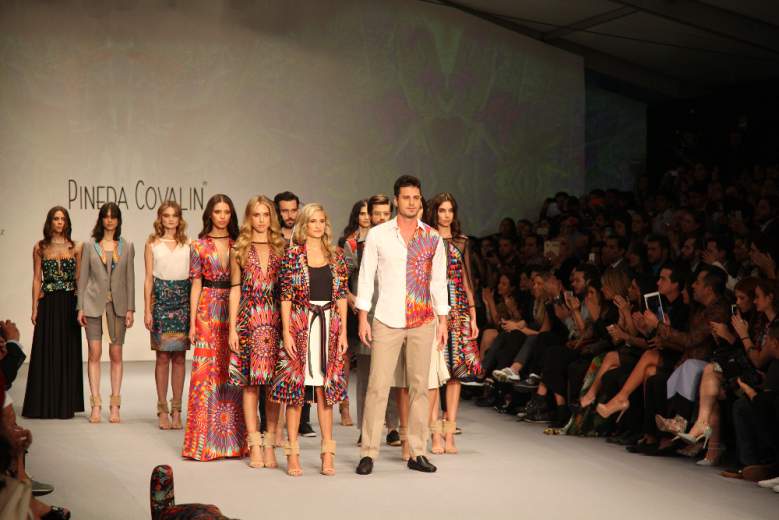 Lauren Himle gets her first solo date with Higgins and the two get to walk the runway for a famed Mexican fashion designer Pineda Covalin. In addition, they get a behind-the-scenes look as the designer preps his models for his show in Mexico City’s Fashion Week. The official ABC synopsis reads:

High fashion takes center stage, as Ben takes Lauren H. on their first one-on-one date to visit the famed Mexican fashion designer Pineda Covalin. He invites the couple to a behind-the-scenes look as he preps his models to walk the runway for his show in Mexico City’s Fashion Week. But Covalin has another surprise in store: He asks Ben and Lauren H. to walk the runway with his top models.

Himle is ecstatic and ends up getting a rose.

Amanda Stanton finally gets a solo date with Ben and the two share the stereotypical romantic hot-air balloon date. They soar over ancient ruins and end the evening with a quiet dinner. Stanton opens up about her children and her traumatic divorce.

To pick up Stanton, Higgins surprises the girls at 4:20 a.m., while they’re still asleep, exactly how it went with Chris Soules last season. Higgins sneaks up on the girls with a flashlight, finding pimple cream faces, retainers, and hair extensions. Higgins admits to wearing a retainer to bed as well. Check out the funny “wake-up call” clip above.

Stanton ends up with a rose on her date. 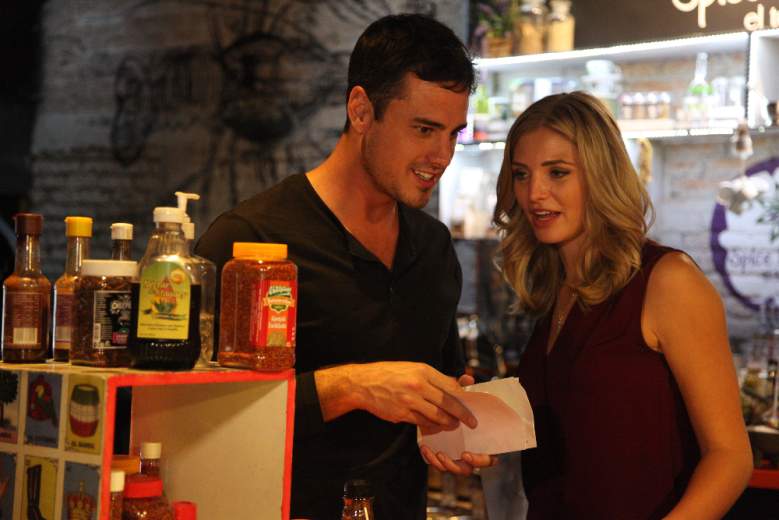 When Olivia goes on a group date with the girls, they must all split up into pairs and, of course, Olivia grabs Higgins as her partner. Olivia ends up with the group date rose and the other girls continue to hate her. At some point in the episode, Olivia makes a reference to Amanda Stanton being “Teen Mom”. The girls have had it and they finally decide to dish to Higgins about Olivia’s “bad behavior” … Higgins then confronts Olivia about the situation.

Jubilee Is Reported to Leave During the Group Date

On the group date, nine of the women meet Ben for Spanish lessons and they go shopping for food at the Mercado Roma. World famous chefs Lula Martin Del Campo and Nicolas Martin Del Campo give the contestants recipes to shop for and after, they must compete in a cooking contest. Apparently, Olivia tries to make the group date more of a one-on-one date, according to ABC. But, let’s talk about Jubilee. She decides to talk to Higgins about her feelings on their relationship as well as their future together as she gets a bit jealous, having to share her man with other women. Jubilee ends up getting let go by Higgins.

For more information on tonight’s show, check out some of the still shot photos from the episode in our below gallery.

Next Image: LAUREN B., JUBILEE

THE BACHELOR - "Episode 2005" - The first international stop of the season finds Ben and the 11 remaining bachelorettes traveling to Mexico City, one of the largest metropolitan areas in the world. Amanda has a thrillingly romantic one-on-one date with Ben, soaring over ancient ruins in a hot-air balloon. The women will attempt to learn Spanish with Ben but they immediately need to use their new-found knowledge to go shopping for a cooking competition. Lauren H. has a spring in her step as she and Ben walk the runway with top models during for Mexico City's Fashion Week. One heart-wrenching confrontation between Ben and one unhappy bachelorette changes the course of Ben's journey to find love. The women decide to take matters into their own hands and corner Ben about Olivia's bad behavior. Will the Bachelor decide it is time for her to pack her bags? "The Bachelor" airs MONDAY, FEBRUARY 1 (8:00-10:01 p.m. EST) on the ABC Television Network. Here, Jubilee and Lauren B. work together in the kitchen. (ABC/Eniac Martinez)

Read More
Reality TV, The Bachelor, TV
It's episode 5 of The Bachelor 2016 with Ben Higgins. Get the best season 20 spoilers for tonight, plus video clips right here.