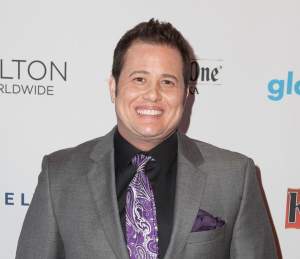 The Bold and the Beautiful spoilers indicate that Chaz Bono will guest star as a minister on the March 31 and April 1 episodes.

Read on for more information on Bono and his upcoming B&B role.

Bono has been a staple in the transgender community, breaking barriers with his appearances in Nickelodeon’s Degrassi and the now-cancelled The Secret Life Of The American Teenager on ABC.. He also was a contestant on season 13 of Dancing With the Stars.

Bono — who will appear on two episodes airing March 31 and April 1 — spoke to People on February 11 about his excitement over landing the role.

I’m very excited to have been cast in a role on “The Bold And The Beautiful. I’m grateful that they are willing to pay me to do something I love, which is to act.”

Bono, 46, is set to don the part of a church minister which could indicate that a marriage will be taking place in the near future. With Steffy (Jacqueline MacInnes Wood) getting closer than ever to Wyatt (Darin Brooks) and Liam (Scott Clifton) nearly out of the picture, Bono could be the one performing their marriage. Rumors have indicated that they’ll be a Wyatt-Steffy wedding that Liam — who should eventually come back to his senses — interrupts.

While nothing has been confirmed, Wyatt has made it very clear to Steffy that he’d like to spend the rest of his life with her. The only other likely scenario would be if Liam recovers — realizing Quinn (Rena Sofer) isn’t his wife — from amnesia and himself and Steffy decide to tie the knot. Time will truly tell how this storyline plays out.