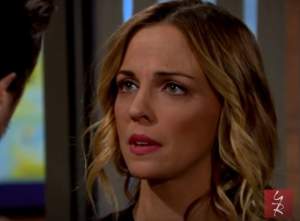 The Young and the Restless spoilers indicate that Adam’s (Justin Hartley) rescue efforts to remove Sage (Kelly Sullivan) from Fairview reportedly alters the status of three relationships, including his own to Chelsea (Melissa Claire Egan).

Adam’s Plan to Save Sage Could Ruin Relationships 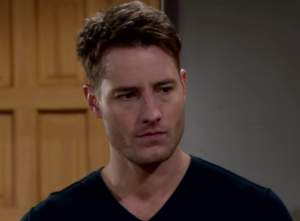 While Adam’s intentions to save Sage are genuine, the consequences of the situation could be destructive. (CBS Screenshot)

Since Nick (Joshua Morrow) and Sage have rekindled their romance — before their plan to expose Dr. Anderson (Elizabeth Bogush) — Adam has focused on being Victor’s (Eric Braeden) double agent all whilst trying to assure Chelsea that his father isn’t his focus. Judging by Monday’s episode, Chelsea and Adam were doing just fine, as they had an intimate moment.

Last week, Adam got wind of Sage’s arrest, and it got him extremely angry. However, he was unaware that — risky or not — it was all part of the plot to take down Dr. A.

According to Celeb Dirty Laundry, Adam acts on his anger by rescuing Sage from Fairview this week, sparking the alteration of three Genoa City relationships.

Unbeknownst to Nick and Sage, Adam’s the father of Sage’s childheavy, baby Sully (technically Christian). Nonetheless, Victor’s been using his knowledge of this to blackmail Adam into doing what he says.

Meanwhile, Sharon (Sharon Case) — unaware that Dr. A has altered her medications — continues siding with the devious doctor. This has upset Nick, but more importantly, given Dr. A an ally within the Newman family.

Adam reportedly gets “to Sage at Fairview” right before the situation gets any more dangerous. In the process, Sully’s true identity will be revealed. This surprises both Chelsea and Nick, who won’t be pleased that Adam hid that oh so important piece of info. Not only does this threaten the state of their marriages, but Sharon’s as well. Dylan (Steve Burton) was adamant about having a family, and now he finally has it. Once the cat’s out of the bag about Sully being Christian, this could drastically change his dynamic with Sharon.