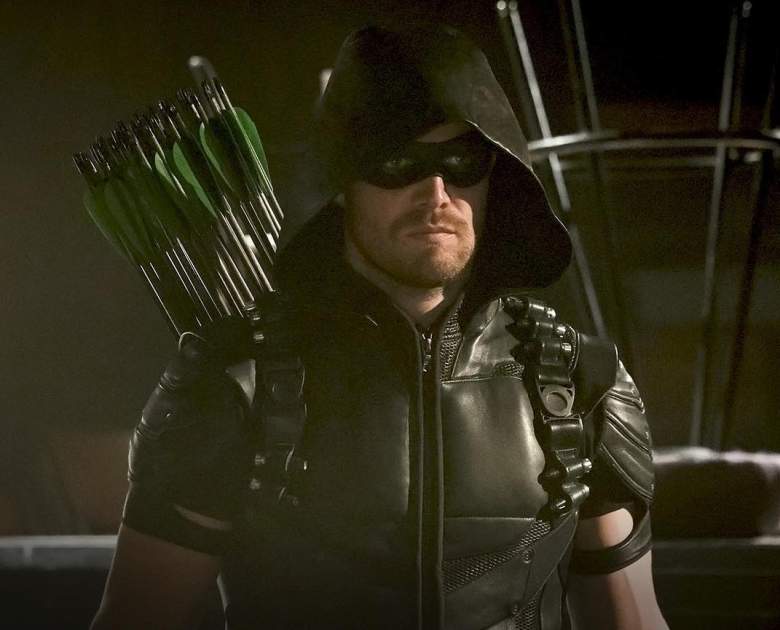 Arrow has left us with plenty of questions, but there wont be answer for another two weeks. (Instagram)

So, yup, we’re anxious for a new episode. Unfortunately for us, and fans of The CW hit everywhere, we’ve still got two weeks to wait. That’s right; Arrow won’t return to TV screens until March 23.

But there’s still good news. We’ve got spoilers. Lots of spoilers. Brand-new spoilers. Before we dive into them, though, check out the latest trailer for the upcoming episode, titled “Broken Hearts”

So, what can we say about the future of Oliver and Felicity? Well, showrunner Marc Guggenheim tweeted out a serious tease a few days ago of the pair, appearing, to get married. Check it out:

The key word here, however, is appearing.

Team Arrow is set to face off against a new villain in the new episode, Cupid (Amy Gumenick), a heartbroken sharpshooter who is determined to destroy anyone in love. The group learns she’s set to kill couples on her wedding day, so Oliver and Felicity stage the ceremony to draw her out.

Well, that’s a pretty solid disappointment to our shipper heart. Add into the mix Oliver lamenting the end of his relationship in the recently-released preview and Felicity returning her ring and we’re not even sure love exists anymore.

Don’t worry. We’ve also got some good news though – casting news. Madison McLaughlin, who previously appeared on Supernatural as teen hunter Krissy, is set to join Arrow and while The CW was quiet on the details of her role, Stephen Amell was quick to welcome her to the cast.

Please welcome @MadisonMcLaugh to #Arrow. She plays (redacted) in ep (redacted) & is an expert tailgater in real life. So we're friends now.

According to TVLine however, McLaughlin matches the casting breakdown for Rebecca, a character set to appear in Episode 19 and described as “smart, snarky…escapee of a dangerous cult.”

It wouldn’t be an Arrow spoilers post without some kind of speculation on WHO IS IN THE GRAVE and we’ve got some new speculation when it comes to that consistent question. Even the show’s cast has been left guessing all season as to who is in the grave, although Paul Blackthorne, who plays Captain Lance, is particularly worried about his chances, telling TVLine:

Even Amell is particularly philosophical when it comes to the identity of the person int he gave. “You can kill off anyone,” he told TVLine. “Modern television has proven to us that you can literally kill off anyone.”