Known for her roles in Tomorrowland and The Longest Ride, actress Britt Robertson has held down a stellar career in acting. At just 14-years-old, she made the trip to Los Angeles — with her grandmother — to pursue the industry. However, she’s also associated with being Teen Wolf star Dylan O’Brien’s girlfriend.

On March 18, O’Brien suffered multiple broken bones while trying to pull off a car scene for Maze Runner: The Death Cure.

Here’s what you need to know about his girlfriend:

1. Robertson Has Been Dating O’Brien Since 2012

Robertson and O’Brien have been an item since starring opposite each other in The First Time. The movie is a romantic comedy about two high school students that fall in love during a weekend. Although the young couple — who like to keep their relationship low-key — are going strong, Robertson admitted to Teen.com on May 20, 2015 that she’s not a fan of O’Brien watching her act.

“I hate when he’s on set watching me work. I think it’s because we’re both actors and very aware of the process. He hates it when I’m on set when he’s working and vice versa.”

Robertson went on to further justify her reasoning, stating that they both tend to get bashful, according to the site.

“I think it makes sense that we’re a little shy and sensitive about working in front of our significant others — to me it makes sense.”

2. Robertson Is the Oldest of 7 Children

At 25, Robertson is the oldest out of her six siblings. Her mother and stepfather have two girls and one boy together while her father and stepmother have a girl and two boys. Although Robertson is well into her twenties, she still tends to land considerably younger roles.

In Tomorrowland, she played 15-year-old Casey Newton. She spoke to Digital Spy on May 22, 2015 about her aspirations to continually age well.

3. Robertson Permanently Moved to LA at 14 to Pursue Acting

Robertson started appearing in front of an audience at her home town theater in Greenville, South Carolina. At an early age, she began making period trips to Los Angeles. Her repeated treks paid off as she got chosen for a TV series pilot. However, the unknown program was never picked up by a network.

Prior to that, she was shown on TV. At 10-years-old, Robertson — dressed in pink — appeared on Power Rangers: Time Force and was saved along with several other children by a Power Ranger (see the clip below). 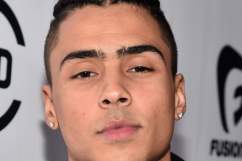 4. Robertson Got Her Big Break By Playing Michelle Seaver in ‘Growing Pains: Return of the Seavers’

In 2004, Robertson got her biggest break when she played Michelle Seaver on the TV movie, Growing Pains: Return of the Seavers. However, she went on to land her most notorious role when she played Cara in Steve Carell‘s Dan In Real Life (2007). The same year, she donned the part of Amy in an episode of CSI: Crime Scene Investigation. Robertson’s career started pick up further when she nabbed a recurring role as Samantha in CBS’s Swingtown in 2008. 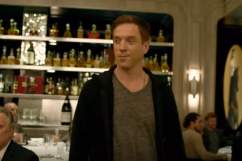 5. Robertson Has Been Living On Her Own Since Age 16

Eventually, Mama Shue went back to North Carolina. However, Robertson told the site that she’s been fortunate enough to develop some strong bonds in Los Angeles.

“I was able to make a lot of really great friends out here and I call them my faux family. I’ll spend the night at their houses whenever I get lonely. They’ll cook me dinner and do my laundry if I need them to.”