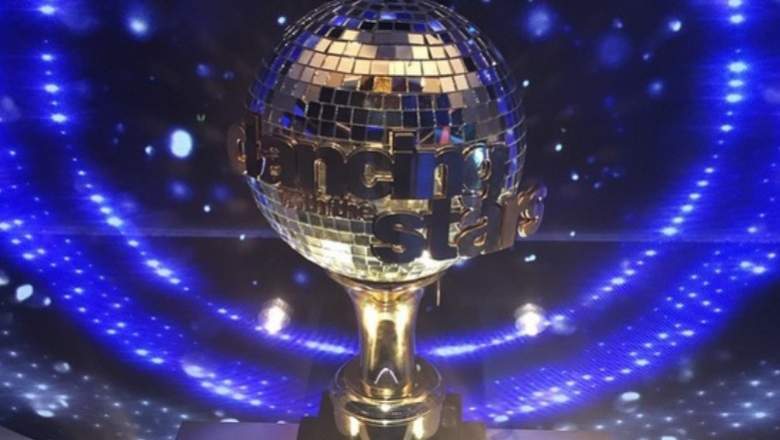 On Good Morning America today, the season 22 celebrity contestants of Dancing With the Stars are revealed and we have all the live details right here. Throughout the morning show, “clues” have been given about the identities of the new cast members, from a sports MVP to former stars of some of America’s favorite TV shows.

We don’t know about you, but we’re feeling #DWTS Season 22!?https://t.co/wxUDqjNvBm

Check out which celebrities are appearing on the show for 2016 below.

Ginger Zee is paired up with pro Valentin Chmerkovskiy. Zee says being on the show was a dream of hers and Val says her spirit is really great to work with.

Jodie Sweetin has been matched with Keo Motsepe as a performer. Sweetin says she loves her partner and that they have been practicing every day.

Wide-receiver Antonio Brown is paired with Sharna Burgess this season. Brown apparently has a rivalry with fellow contestant Von Miller on the football field.

Paige VanZandt is with Mark Ballas on the show for season 22. VanZandt says she is on the show to win and she’s going to “bring the fight.”

Wanya Morris from Boyz II Men is with pro Lindsay Arnold. Morris hopes to dance to “Motown Philly” in the ballroom and says he loves the energy on the show.

Marla Maples, ex-wife of Donald Trump, is dancing with Tony Dovolani. Maples says that being on the show is a nice distraction and she’s happy to be on the show as a tribute to her late mother.

Heisman trophy winner Doug Flutie is with Karina Smirnoff. Flutie says that he wants to have fun and his drill sergeant pro partner will surely help him.

Mischa Barton is with Artem Chigvintsev on the show this season. Barton, former star of The OC, says that the dancing is hard work and chuckles when discussing it on ABC.

Super Bowl 50 champion Von Miller is paired with Witney Carson. Miller is hoping to take home the mirrorball trophy and loves his partner, taking in the experience one day at a time.

Kim Fields is dancing with Sasha Farber in the ballroom. Fields got some tips from her Real Housewives of Atlanta co-star Nene Leakes to have fun on the show. Leakes is a former cast member.

Geraldo Rivera is paired up with pro Edyta Sliwinska. Rivera says the last time he danced was at his wedding and that being on the show was on his bucket list.

Deaf America’s Next Top Model winner Nyle DiMarco is dancing with Peta Murgatroyd. DiMarco says he hasn’t danced at all growing up and partner Murgatroyd says that they focus on the visual aspects of dancing.

Watch the big cast reveal in the below Twitter video to check out how everything unfolded. 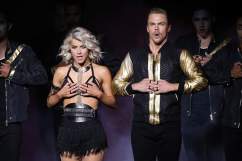 Did Derek & Julianne Hough Quit ‘Dancing With the Stars’?