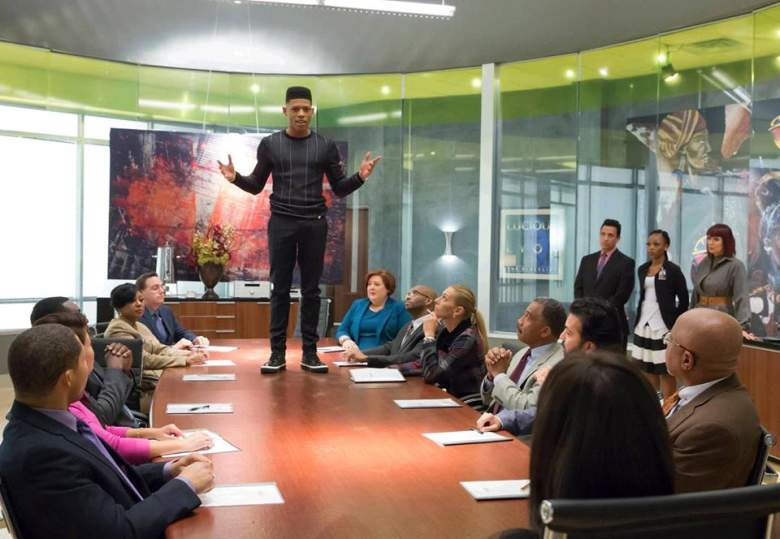 Empire is back after a months-long hiatus and things are just getting dramatic for the Lyon family. (Facebook)

It has been months and, finally, Empire is back on TV screens tonight.

The FOX hit returns with its midseason premiere, titled “Death Will Have Its Day,” and after so much waiting, we’ve got plenty of spoilers for the brand-new episode. Trust us, this one is going to be worth the months we’ve been without the Lyon family.

Before we dive into the, incredibly dramatic, spoilers for tonight’s episode, check out the latest preview clip:

So, do we all remember what happened in the last episode of Empire? After all, it’s been some time. Let’s recap quickly. The highlights? Or, rather, the lowlights? Rhonda was pushed down the stairs, Lucious (Terrence Howard) was pushed out of Empire and the Camilla-Hakeem relationship took a surprising, if not somewhat awkward, turn.

All of those storylines – plus a few more – will be addressed in tonight’s premiere.

While it’s been confirmed that Rhonda (Kaitlin Doubleday) survived her fall down the stairs, it’s almost entirely certain that her unborn baby did not. Of course, that will have a major impact on Rhonda’s relationship with Andre (Trai Byers) and the entire Lyon family and make everyone’s determination to find out the identity of her unknown assailant even more pressing.

Meanwhile, the rest of the Lyon family is in, to put it lightly, complete disarray.

Lucious has been pushed out as chairman and CEO at Empire and Camilla was voted into the position – after Hakeem (Bryshere Y. Gray) sided with her.  Of course, that wasn’t an easy decision. Executive producer Ilene Chaiken told TVLine:

We knew Lucious was going to lose his company in the mid-season finale. Really, the question for the writers was who would be the one to play that fateful vote that loses the company for Lucious Lyon, something previously unthinkable. We discussed whether it would be Hakeem — and at a certain point, as we moved through the season, it became clear that this was Hakeem’s story, that it should be him.

Naturally Hakeem’s decision, or betrayal depending on what character you’re talking to, will be a major factor in the remaining episodes of season two. It will also be a focus tonight. After all, his father did tell Cookie (Taraji P. Henson) that he wanted “to kill” Hakeem.

Oh, and of course, the Lyon family will also have to deal a bit with Anika (Grace Gealey). She’s…well, she hasn’t exactly been herself since getting pregnant and then being rejected by Hakeem. “I’m certainly aware some fans of the show have been upset by this turn, while others have relished it,” Chaiken said. “My observation — without making any kind of gender-bias assumptions — but anecdotally, men have loved the crazy and women have been offended by it. And as a woman, I still related to Anika. She’s not a lost cause.”

There are plenty of loose ends to tie up on Empire and while they won’t all be tied up tonight, you can bet that there’ll be plenty of drama in the midseason premiere. We can’t wait.

Empire airs at 9 p.m. on Wednesday on FOX.