Tonight’s episode of Catfish takes us to Orlando, Florida with Jeanette thinking she’s found the man of her dreams … a sexy, younger man. But, is he too good to be true? Read on for what we know … and we’ll continue to fill in more details throughout the show tonight at 10 p.m. ET.

1. This Is a Mother-Daughter Case 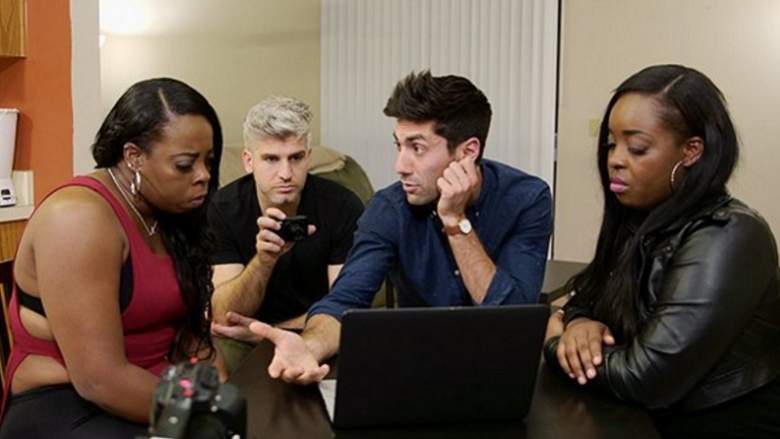 Shuntay contacts the Catfish crew on behalf of her mother Jeanette, who looks young enough to be her daughter’s sister. Shuntay lives with her mother in Orlando and was very concerned about her mother falling in love with someone she had never met.

Jeanette worries her man may have a girlfriend or be married.

Jeanette met “Derick” on the dating website Plenty of Fish, telling show host Nev Schulman that with working so much, she would sometimes get lonely. She said she wanted companionship. Jeanette had been talking to Derick for about seven months when her daughter contacted Catfish.

When Jeanette has wanted to meet Derick, he always told her he was busy with work. He claimed that he drives forklifts for a living.

Who is ready to get into investigation mode? pic.twitter.com/eIy6MlJQTJ

Jeanette’s daughter Shuntay actually introduced her to the term “catfish” and also talked to her about the show. On a promo for tonight’s episode, the possibility of Jeanette “being in love with a high-schooler” comes into play. Derick tells Jeanette that he is 27 years old.

When Max and Nev start to look up information on Derick, they come up with “Derica.” Derica is a lesbian who is really “into” Jeanette.

4. Derick Told Jeanette That He Wanted to Have a Family With Her

According to Jeanette, Derick wanted to have a family with her and he was very interested in the family she already had. Jeanette revealed that the two have even talked marriage.

Jeanette’s 21-year-old daughter Shuntay has a baby and she says Derick was very accepting of that. Derick has even discussed he and Jeanette having their own kids together. Jeanette says that Derick lost his mother when he was young so he longs to have his own family.

5. The Photos Used By Derick Appear to Be a Guy Named Jeremale Johnson

When Nev Schulman and Max Joseph are shown photos of Jeanette’s online love interest “Derick”, they both comment that he looks like he could be a model. It appears that “Derick” was using photos of a guy named Jeremale Johnson. Johnson’s Facebook page describes him as a singer, songwriter and model. In addition, he writes in his “About” section that: I just want to perform in front of millions.