Who remembers some of the hottest siblings in Hollywood – the Lawrence brothers? Joey, Matthew and Andrew appear on tonight’s episode of Hollywood Medium with clairvoyant Tyler Henry and we get a little look into their personal lives.

Matthew asks Henry about his own love life, saying that:

Personally, I’m 36 trying to figure out that next step in my life. I’ve been with the same girl for four years, so where does that lead?

Henry reveals that he sees a residence change happening and Matthew tells him that he is “dead on.” So, who is this longtime love of Matthew’s? Matthew’s girlfriend is model and dancer Laura Jayne New. New was born and raised in Sydney, Australia and happens to be friends with actress Vanessa Hudgens. Check New out in one of her Instagram photos below.

Life is simply better when we Smile more often ☺️

As for the two other Lawrence brothers, oldest Joey is married to his second wife Chandie Yawn-Nelson since 2005. They met as teenagers and married many years later, having two daughters together – Charli and Liberty. And, when it comes to brother Andrew’s dating life, the answer is presently unknown to us. However, there is a chance he’s dating a girl named Karla. Check out the below Instagram pic.

Sunday walkabout with Karla and Smee 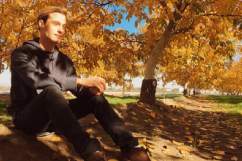