Mariah Carey’s brother — Morgan Carey — is speaking out against the singer, calling her “heartless” for not assisting with their sister Alison’s medical treatment bills. Alison Carey — who’s HIV-positive and reportedly “dying” — needs brain and spine surgery, according to The Sun.

Alison, 54, is a mother of four and former prostitute. She nearly died in Hawaii in 2015 but has since recovered. Morgan — talking about Mariah in the above video — is “adamant” that she is “intentionally leaving their sister out to dry,” reported Hollywood Life on March 13. The site reported that Morgan doesn’t think it’s a stretch for Mariah to “put our sister in a good hospital” and get her “the care she needs.”

Here’s what you need to know about Morgan Carey:

1. He Thinks That Mariah’s Ex-Husband Nick Cannon Was Out for Her Money

After a little over six months together, the former couple — who have two four-year-old twins together (Moroccan and Monroe) — filed for divorce on January 6, 2015. The breakup didn’t surprise Morgan, who told InTouch on June 3, 2015 that his sister’s much younger suitor was out for her money.

Nick listened to people who said, ‘Get with Mariah, she thinks you’re cute, have kids and ride it to the bank.’ Nick was there for the cash from day one. He doesn’t give a damn about Mariah.

According to Celebrity Net Worth, Cannon isn’t exactly broke, as he has an estimated net worth of $50 million and a salary of $10 million.

On January 15, 2016, TMZ reported that Mariah and Cannon had “a prenup with a confidentiality clause,” meaning that she’d have to pay twice as much if she publicly spoke about it. The site also reported that Mariah would owe $500,000 while the same violation would cost Cannon $250,000.

2. He Thinks Mariah Is Obsessed With Herself

Morgan — who thinks that Mariah spends more on dog food then she would have to for Alison — is confused as to why Mariah will not step up for the family, reported The Sun on March 12.

“Your sister is dying and she is struggling and where are you? You think you are so fabulous, but you are a witch!”

Morgan continued ripping his famous sister, saying that he doesn’t believe that Mariah and her future husband — Australian entrepreneur James Packer — love each other. He reportedly got wind of their commitment via social media. He told the site that Mariah “is only in love with herself and her $5 million engagement ring.”

According to Hollywood Life on March 13, Morgan claims he’s “been on the outs” with his sister due to her diva-like tendencies.

I’m still always going to be a diva in certain ways, and I don’t mean that in the bad sense of the word. I just mean, like, if there’s a makeup artist there and they don’t mind touching me up while I’m directing

While promoting the Hallmark movie A Christmas Melody — a film she starred in and directed — Mariah told Entertainment Tonight on October 29, 2015 that she’ll always remain a diva under certain circumstances.

3. He Thinks Mariah Is ‘Evil’ for Not Paying for Their Sister’s Medical Bills

“Why isn’t our millionaire sister and billionaire fiancé helping out?”

Morgan flew from Italy — where he lives — to be by Alison’s side, in fear of the worst. However, he said that Mariah hasn’t been to the hospital once.

“Thankfully, Alison had a miraculous recovery but now she needs brain and spinal surgery and will be going into hospital any day,” he told The Sun. 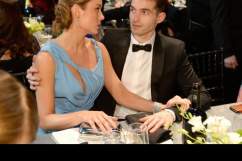 4. He Says That He’s Continually Tried Reaching Out to Mariah Without Hearing Back

Pit stop for a morsel. #shoppingday

According to The Sun, Morgan says that he’s tried contacting Carey “over and over again” without a response. He told the site that he hasn’t seen the singer in two years.

Morgan also attempted to inform Mariah that his wife had a miscarriage and didn’t hear back from her then either. He doesn’t think Mariah have anyone looking out for her best interests.

“She does not have a support system, and she is not mentally capable,” he told the National Enquirer. 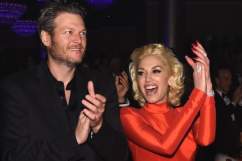 5. He Thinks Mariah ‘Could End Up Like Whitney Houston

Relaxing after my shows at @beacontheatre. Thanks #Lambs for celebrating the season with me! #AIWFCIY #christmas

On June 3, 2015, Morgan alleged that he’s never seen Carey sober, even saying that she has an alcohol addiction. Morgan thinks Carey’s inclination for alcohol is so severe that she could suffer the same fate that Whitney Houston did.

“(She) pushed away the only people who’ve been trustworthy. If my sister turns up dead … I’m not going to look the other way! Anyone who’s filling her glass is jeopardizing her life!”

Houston was found dead at the Beverly Hilton in her room’s bathtub on February 11, 2012 from effects of atherosclerotic heart disease and cocaine use. She was 48-years-old. Click here for Houston’s 42-page Los Angeles county coroner report.

On June 5, 2015, Mariah — when queried on her wine preference — told Buzzfeed that although she was trying to steer clear of alcohol, she drinks champagne; due to the glass’s flute-like shape.

“Right now I’m not trying to have either one of them. But if I had to, it’s all about the glass, so I would have to go with the champagne flute – it’s the best look.”