Kourtney Kardashian was seen hanging out with Sean “Diddy” Combs‘s son, Quincy Brown, 24, on Wednesday in Los Angeles. Kourtney was sporting a black top, leather pants, navy blue trench coat and black leather heels. She wore her hair in a braid with natural-looking makeup. Brown wasn’t looking too shabby himself, donning a pair of specs, distressed jeans and olive bomber jacket over a gray shirt.

The news comes on the same day that her ex, Scott Disick, was linked to model Christine Burke. The 36-year-old didn’t seem to be fazed by the chatter surrounding Disick. Brown was named after his godfather, Quincy Jones. Brown and Kourtney were also spotted out together at Disick’s favorite restaurant — Il Pastaio in Beverly Hills — in December.

Here’s what you need to know about Brown:

1. Brown Is a Young Man of Many Talents

Brown is a man of many talents as he runs a production company (FourXample), has a line of watches (Chalk by Quincy) and jeans (Embellish) as well as a tech start-up company. He’s also an actor, most notably playing Jaleel in the crime-drama, Dope. The multi-talented 20-something made his big screen debut in Brotherly Love as Chris Collins where he played opposite well-known actress, Keke Palmer (Jackie). He spoke to Rolling Out about the role and its dynamic.

“I play Chris, who is loving and genuine. I fall in love with Keke’s character, Jackie. The character is similar to me because of his smooth approach on things. He is someone you will become attracted to through his demeanor and charming personality.”

Brown is also a model; something he began delving into at an early age. He is represented by Wilhelmina modeling agency. On February 19, 2015, Brown walked the runway for Naomi Campbell’s Ebola awareness show for New York Fashion Week in 2014.

If all of that isn’t enough, Brown — simply going by ‘Quincy’ — has an R&B music career, collaborating with artists such as French Montana for “Friends First” and Kendré Berry for “Stay Awhile”. Both of the music videos can be watched below, respectively.

2. Brown Is the Son of Kimberly Porter & Sean ‘Diddy’ Combs

Brown is the son of actress Kim Porter and Sean “Diddy” Combs. While his biological father is singer Al B. Sure!, Combs adopted and began raising Brown at 3-years-old. Porter and Combs have three other children together; a son Christian and twin daughters; D’Lila and Jessie. Brown dished to The Jasmine Brand about all the famous last names that he’s associated with.

My last name is Combs, my last name is Brown – I go by Quincy. If I was able to take off the Brown and the Combs for my brand… I might do that, you know? But dealing with how they structure things I don’t mind the ‘Quincy Brown’ being my actor name and just the ‘Quincy’ as an artist, as a brand but either way I’m Quincy.

3. Brown’s Childhood Dream Was to Become a Baseball Player

Brown had aspirations to play professional baseball when growing up. However, he wasn’t able to play on a high school team due to his family always having to move. On June 22, 2015, Brown spoke to Celebuzz about his one-time passion, which was before he began pursuing modeling.

“Baseball was definitely a passion of mine in high school. Because of my family being who my family is, we moved a lot, which caused me to miss a lot of school during the moving process.”

4. Brown Was Featured on MTV’s ‘My Super Sweet 16’ for His Birthday

When Brown was 16-years-old, he was featured on an episode of MTV’s My Super Sweet 16. Brown can been seen posing in several photos for his birthday celebration on December 17, 2007. Unfortunately, Brown’s biological father, Al B. Sure! didn’t attend his lavish birthday bash.

On Decemeber 13, 2007, a source of the Sandra Rose website said that the Eighties New Jack Swing singer was hurt by his son’s admiration of Diddy.

“The theme of the party is Stuntin Like My Daddy and Al is not stuntin’ like that. A lot of people are confused about that. It hurts him to see his son look up to another man who is wealthier than he is and can provide a better life for Quincy.” 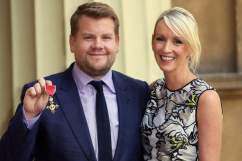 5. Brown Was Also Spotted With Kourtney In 2015

Around the time Kourtney was linked to singer Justin Bieber, she was seen on a dinner date with Brown in December 2015. Adding insult to injury, Kourtney took Brown to one of Disick’s favorite restaurants, II Pastaio in Beverly Hills. Kourtney was wearing her hair down with a beige raincoat over a white tee. Brown wore a black outfit that included a leather jacket. After dinner, Brown — in the driver’s seat — was seen leaving with Kourtney, who was sitting in the passenger seat.