English fashion model and actress — Cara Delevingne — came clean on Twitter about taking a break from modeling. While Delevingne looks as though she has a bright future ahead, she did admit to not always seeing it that way as she dealt with “a particularly rough patch of self hatred,” according to a March 31 Twitter post.

After returning to modeling to appear in a Saint Laurent’s Campaign for La Collection de Paris, the 23-year-old came clean that she was battling depression. Contrary to belief, she never considered quitting modeling.

1. Her Confession Led Many to Believe She Was Leaving Modeling

When Delevingne’s Saint Laurent Campaign ad surfaced, many people were surprised to learn that she never intended to give up her runway career. On March 31 — amid a series of tweets — she sent out the following message, clarifying her stance toward the fashion world:

“Can we just set the record straight. I never said I was quitting modeling. I do not blame the fashion industry for anything.”

In another tweet, Delevingne told her followers that she had a tendency to overcommit to her work.

“I am so lucky for the work I get to do but I used to work to try and escape and just ended up completely exhausting myself.”

2. She Suffers From Depression

As indicated above, Delevingne admitted in a tweet to having ongoing difficulties dealing with depression.

“I suffer from depression and was a model.”

According to the National Institute of Mental Health, depression is defined as “a common but serious mood disorder. It causes severe symptoms that affect how you feel, think, and handle daily activities, such as sleeping, eating, or working.”

Here are the site’s descriptions of the five types of depression:

(1) Persistent depressive disorder: Can last for two years; can cause episodes of major depression with periods of less severe symptoms.

(2) Perinatal depression: Women sometimes experience this after giving birth; “full-blown major depression” during and after pregnancy.

(3) Psychotic depression: When someone “has severe depression plus some form of psychosis”; having false fixed beliefs or hallucinations.

(4) Seasonal affective disorder Depression that occurs during the winter when one is exposed to less natural sunlight.

(5) Bipolar disorder: Someone with this disorder goes from experiencing really low moods that meet the requirements for depression but also experiences extreme highs called “mania” or its lesser form, “hypomania.”

It is unknown which type Delevingne most identifies with.

3. Her Movie Career Is Fastly Rising

#tbt it's a brow off @justintheroux

According to Delevingne’s IMDB page, she’s acted in eight movies since 2015; Paper Towns, Pan, Tulip Fever, London Fields, Kids in Love, Absolutely Famous: The Movie, Suicide Squad, and Valerian and the City of a Thousand Planets.

In what was arguably considered her breakout role, Delevingne played a misunderstood high schooler named Margo in Paper Towns. When asked by Sky News in August 2015 whether her modeling career had parallels to her acting one, she stated the following:

With a principle role in the highly-anticipated superhero flick, Suicide Squad, Delevingne — pictured above with actor Justin Theroux — undoubtedly took her acting career to another level as June Moone/Enchantress.In the process, she got to work alongside some of today’s biggest Hollywood A-Listers in Will Smith (Floyd Lawton/Deadshot), Ben Affleck (Bruce Wayne/Batman) and Margot Robbie (Dr. Harleen F. Quinzel/Harley Quinn). The movie is slated for release on August 5, 2016.

4. She’s a Feminist That Found Herself in Controversy Over a T-Shirt

In December 2015, Delevingne found herself in the middle of controversy when she donned a “The Future Is Female” t-shirt. Furthermore, she was “accused of ripping off the design from LA-based company, Otherwild,” according to MTV.

On December 8, 2015, New York Times reported that “the feminist slogan comes from a t-shirt created for Labyris Books,” the first women’s bookstore to set up shop in New York City.

Nonetheless, Delevingne is still has her version of the clothing on Represent Holdings for $39.99.

Delevingne is no stranger to the feminist movement. Amongst other events, she led her fellow models — Kendall Jenner, Gisele Bundchen, Gigi Hadid, Georgia May Jagger — for Karl Lagerfeld’s Chanel Feminist March on October 1, 2014 (shown above). 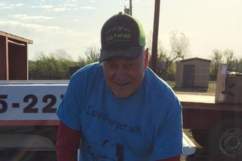 5. She Has an Estimated Net Worth of $6 Million

According to Celebrity Net Worth, Delevingne has an estimated net worth of $17 million. On November 17, 2015, Seventeen reported that Delevingne rakes in $13,000 a day. Excluding her movie roles, Delevingne has earned a brunt of her monies from the following companies, reported the site: