Before Kimmel played the trailer, he and Cumberbatch bantered about Doctor Strange’s true powers. The late-night host asked him if he did children’s birthday parties with his “magic tricks.” Cumberbatch (as Strange) showed he could make balloon animals, but wasn’t thrilled about it. Kimmel then referred to him as Dr. Strangelove before throwing it to the world premiere trailer.

Cumberbatch stars as Dr. Stephen Strange, who makes his introduction to the Marvel Cinematic Universe in the solo project. After his career is destroyed, the brilliant but conceited surgeon gets a new lease on life when a sorcerer takes him under his wing and trains him to defend the world against evil.

The movie also stars Chiwetel Ejiofor, Michael Stuhlbarg, Mads Mikkelsen and Tilda Swinton, who stars as The Ancient One. Scott Derrickson directed the film with a screenplay by C. Robert Cargill and Jon Spaihts.

"You wonder what I see in your future? Possibility." pic.twitter.com/8IVll143VK

Earlier on Tuesday, Marvel released the first poster for Doctor Strange, which premieres on Nov. 4. It is the 14th film in the Marvel Cinematic Universe and it will be the second in the Phase 3 slate following the release of Captain America: Civil War in May. 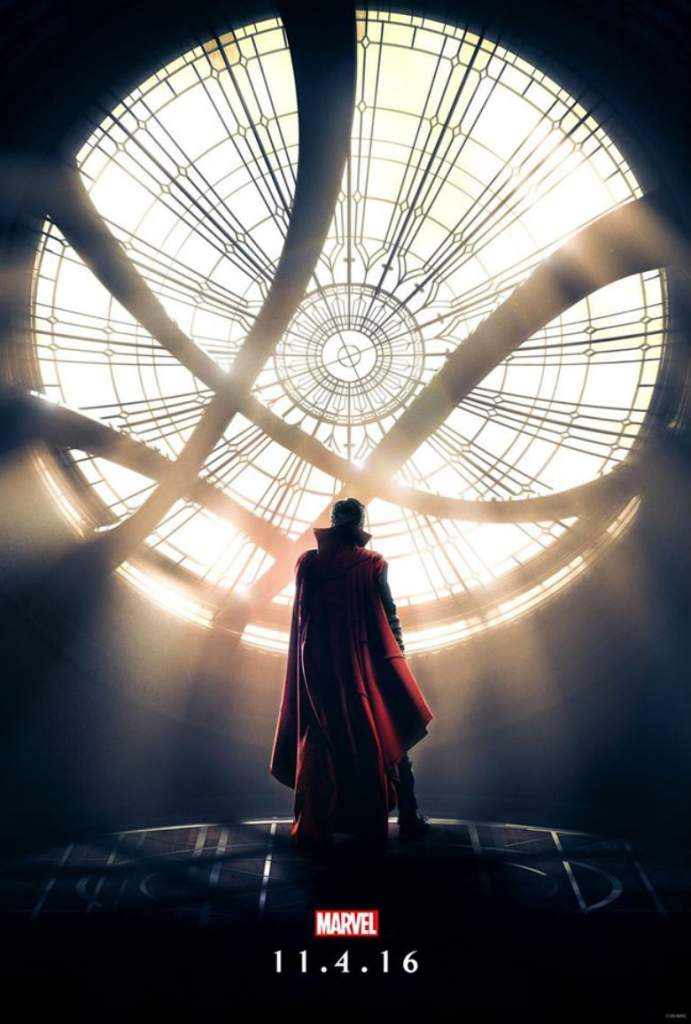 Marvel Studios president Kevin Feige described the many tools at Doctor Strange’s disposal in an interview with Entertainment Weekly. They include magical spells, the ability to fly and the power to open portals that can transport him anywhere in the world.

He can do a whole host of things, eventually. He does cast spells, which in the comics have very sort of tongue-twisty fun names. We don’t want to shy away from that, because that’s what makes Doctor Strange Doctor Strange. He has a Cloak of Levitation that allows him to fly, but he doesn’t fly like Superman or like Thor. It’s almost got a consciousness of its own, this cloak, which, again, gives us a superhero with a red cape — which we’ve seen a few times — but allows us to do it in a wholly unique and wholly original way. He can create these mandalas of light that he can use as shields and he can use as sort of weapons. He can create portalas that will open before your eyes that he can step through and go to other places around the world. And frankly, even in this film, we’ll only touch upon what a lot of his powers are.