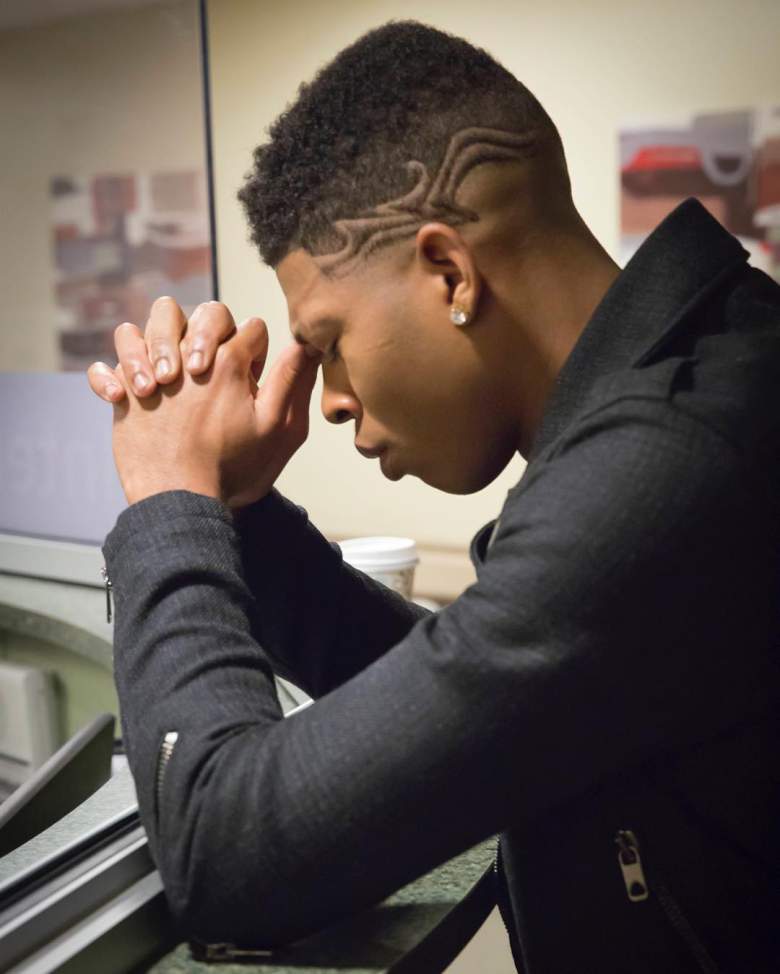 Hakeem Lyon is facing one heck of a challenge after seizing control of Empire. (Instagram)

The Youngest Lyon son will join forces with Camilla (Naomi Campbell) in tonight’s brand-new episode of Empire, titled “A Rose by Any Other Name,” in an attempt to tighten their hold on the entire music industry.

But can Hakeem be entirely trusted? He turned on his father, what’s to stop him from turning on Camilla as well? Before we delve into the spoilers for tonight’s new episode, check out the latest preview right here:

Well, that was a lot.

While Hakeem and Camilla’s partnership continues to threaten the always-precarious status of the entire Lyon family, Lucious (Terrence Howard) and Cookie (Taraji P. Henson) come up with their own plan to straighten up their son’s act.

Meanwhile, Andre (Trai Byers) and Rhonda’s (Kaitlin Doubleday) marriage is put to the most serious test – and there have been some pretty serious tests before – after tests reveal that the couple’s baby has died following her fall down the stairs. Empire executive producer Ilene Chaiken discussed the relationship with TVLine, saying:

It is a turning point. Any couple that goes through such a tragic event is going to face challenges. We explore that between Rhonda and Andre in some detail. It’s not a simple, straightforward, melodramatic story. It’s a story about character. It’s a story about coping.

And the couple aren’t the only ones dealing with a pregnancy fallout.

Anika (Grace Gealey) tells Andre and Rhonda that she’s pregnant with Hakeem’s child and it seems likely that the pair may be intent on adopting her baby. With the news of Anika’s pregnancy spreading through the entire Lyon family, Hakeem’s blossoming relationship with Laura (Jamila Velazquez).

Oh, and let’s not forget Jamal (Jussie Smollett). The singer has cut ties with Jameson Hentrop (William Fichtner) after the former discovered – from Lucious, no less – that Jamal had kissed a girl. That won’t go over well with Jamal’s fans.

Read More
Empire, FOX, TV
Things are not going to get any easier for Hakeem or the rest of the Lyon family in tonight's new episode of 'Empire.' Par for the course, right?