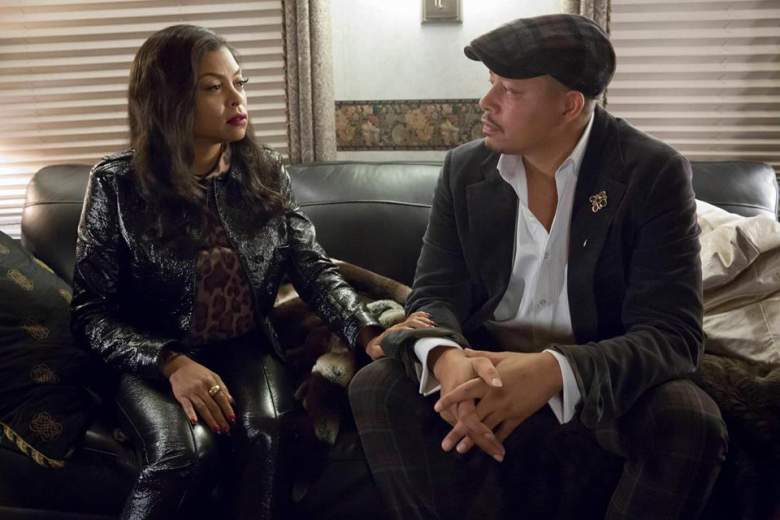 Cookie and Lucious are getting closer as the drama surrounding the Lyon family is getting even deeper. (Facebook)

Everything is going right for Hakeem (Bryshere Y. Gray).

The youngest Lyon got engaged to his current girlfriend Laura (Jamila Velazquez), has settled into running Empire and is taking control of his entire life. So, naturally, that’s all about to change tonight.

On tonight’s brand-new episode of Empire, titled “Time Shall Unfold,” Anika (Grace Gealey) will finally divulge her biggest secret; she’s pregnant and Hakeem is the father. Yeah, that’s a bit of a downer. Oh, and wait, there’s more. Hakeem will also have to deal with an “important meeting of the shareholders” and let’s just say it won’t exactly go according to plan.

Before we get into all the other spoilers for tonight’s episode, check out the latest preview clip here:

While Hakeem’s life is teetering on spinning completely out of control, his father isn’t doing much to help remedy the situation. In fact, Lucious (Terrence Howard) is determined to use the moment to make his move back to CEO of Empire. Father of the year material, for sure.

Oh, and speaking of less-than-ideal father moments from Lucious, his relationship with Andre (Trai Byers) is still teetering on unstable ground after the discovery that Leah Walker (Kelly Rowland) suffered from bipolar disorder as well. Andrew is now more focused than ever to dig deeper into his grandmother’s past, determined to “better understand” his illness and his family’s history.

I think that the flame between them will never die. Whether it actually results in romance is the bigger question — but there’s a decided spark getting reignited here, certainly on Cookie’s part. It’s like she’s falling in love with him all over again and she’s getting to know him, as she’s starting to understand there’s a reason for some of the terrible things that he’s done. There’s nothing more lovable than person than a person struggling with his demons and overcoming them.

Outside of the Lyon family drama, the Fred Gatz (Bre-Z) storyline is getting juicier by the moment.

Cookie learned that Freda is the daughter of Frank Gathers (Chris Rock), which is, naturally, a fairly major problem since she and Lucious had him killed in prison. Naturally, Cookie is nervous that Freda may retaliate against the Lyon family if she discovers the truth about what happened to her father.

Read More
Empire, TV
Everything is going right for Hakeem, so it's time for the metaphorical other shoe to drop, right? Absolutely. Here's what to expect from this week's new episode of 'Empire.'