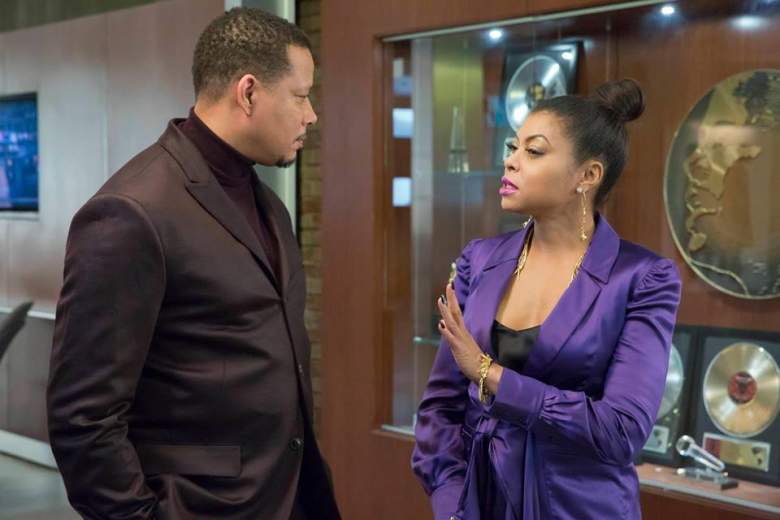 The Lyon family is battling a handful of different battles in tonight’s new episode of Empire. (Facebook)

Another week, another round of Lyon family drama.

And this week, once again, that drama is spearheaded by Lucious (Terrence Howard) as he faces off against each and every one of his sons.

Before we dive into the spoilers for tonight’s brand-new episode, check out the latest preview clip right here:

First and foremost, Lucious is dealing with Hakeem (Bryshere Y. Gray) after his youngest son was voted out as CEO of Empire Enterprises. The move means that there’s, once again, an opening for Lucious to seize control and the mogul is determined to prove to shareholders that he he should be reinstated as head of the company.

Meanwhile, Andre (Trai Byers) is making a play to once again be his father’s second in command, but that relationship isn’t exactly simple. That relationship takes another turn when Lucious establishes a fundraiser called the Bipolar Alliance, making Andre the face of, as part of his play for CEO.

Oh and did we mention that Lucious and Jamal (Jussie Smollett) will battle a bit of tension as well? The pair will butt heads when Jamal overhears his father downplaying his ability as an artist at the Bipolar Alliance event.

Of course, Hakeem has plenty to deal with tonight, the least of which is losing his job. The youngest Lyon brother is stepping up after learning that Anika (Grace Gealey)  is pregnant with his baby and the move will put a big-time strain on his relationship with Laura. Hakeem is also dealing with the realization that his father threatened Anika after discovering she was pregnant and Cookie (Taraji P. Henson) offers to help the pair, despite her former issues with Anika.